Dmitry Muratov, the chief editor of the media outlet says he plans to donate his prestigious medal to raise funds for Ukrainian refugees. 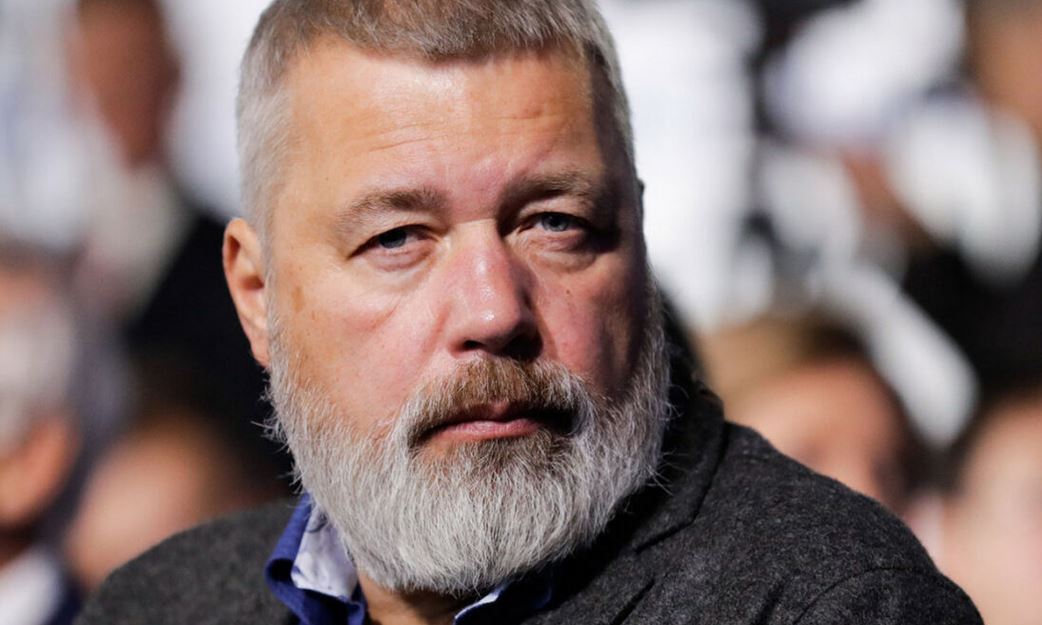 Following the invasion of Russian troops in Ukraine, Dmitry Muratov, the editor-in-chief of Russia's Novaya Gazeta newspaper has pledged to donate his Nobel Peace Prize medal to raise funds for refugees of the east European country.

The Russian journalist was co-winner of the 2021 Peace Prize and is the editor of the independent Novaya Gazeta newspaper.

Novaya Gazeta, a media outlet critical of the Kremlin, has been reporting stories about the war without using Russia's narrative of 'special military operation' to describe the Russian invasion of Ukraine.

After a new law banning the use of 'war or conflict' in reporting the military conflict in Ukraine, the newspaper said it will stop reporting on the war rather than give false narratives arranged by the state.

Now Dmitry Muratov, the chief editor of the media outlet says he plans to donate his prestigious medal to raise funds for Ukrainian refugees.

During an interview with The Associated Press at the Novaya Gazeta newspaper, in Moscow, Russia, he said he will auction the medal and use it to support Ukrainian refugees.

'I ask the auction houses to respond and put up for auction this world-famous award,' Novaya Gazeta editor-in-chief Dmitry Muratov wrote.

“Novaya Gazeta and I have decided to donate the 2021 Nobel Peace Prize Medal to the Ukrainian Refugee Fund,” Muratov wrote in the paper on Tuesday.

“There are already over 10 million refugees. I ask the auction houses to respond and put up for auction this world-famous award.”

Russia sent tens of thousands of troops into Ukraine on February 24 in what it calls a “special operation” to degrade its southern neighbour’s military capabilities and root out what it describes as dangerous nationalists.

Ukrainian forces have mounted stiff resistance and the West has imposed sweeping sanctions on Russia in an effort to force it to withdraw its forces.