The assailants had butchered Tommy in the head and other parts of the body, leaving him dead in the pool of his blood. 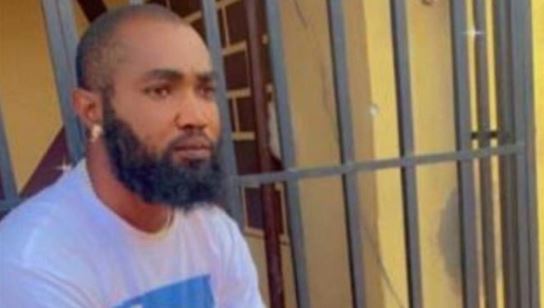 There was palpable tension in the Oluwo area of Abeokuta following the killing of a popular area boy known around the metropolis as Tommy.

Tommy was reportedly killed late Thursday night at Panseke, by some yet-to-be-identified persons.

A gory picture of the deceased suggested that he was hacked to death with either an axe or a machete.

His assailants had butchered Tommy in the head and other parts of the body, leaving him dead in the pool of his blood.

There are reports that he must have been killed by members of the Aiye confraternity, as many rumoured him to be of the rival Eiye cult group.

There is now tension in Oluwo town as residents fear possible reprisal attacks.

It was reported that shops and residential buildings were under lock and key.

The students’ populated environment seem deserted as many are already planning to travel to their various homes.

At the time our Dailypost visited Oluwo, people were seen running helter-skelter as some stern-looking guys moved about on motorcycles.

“There is going to be a serious fight in Oluwo Abeokuta. That man killed is not going to die like that. He is a very popular man in Abeokuta. Please take cover and stay safe,” a source has said.

The Ogun State Police Command has confirmed the incident, saying it was a cult clash.

According to the Ogun State Police Public Relations Officer, Abimbola Oyeyemi, 18 persons have been arrested in connection with the killing of Tommy.

He enjoined residents of the area not to panic, saying police are on top of the situation.

“It was a cult clash and the cultists killed one of them last night around Panseke. 18 suspects have since been arrested in connection with the incident.

“The people need not fear. We have deployed policemen to the area. We are on top of the situation,” Oyeyemi said.