The Twitter user took to the platform to tender a public apology to the comedian. 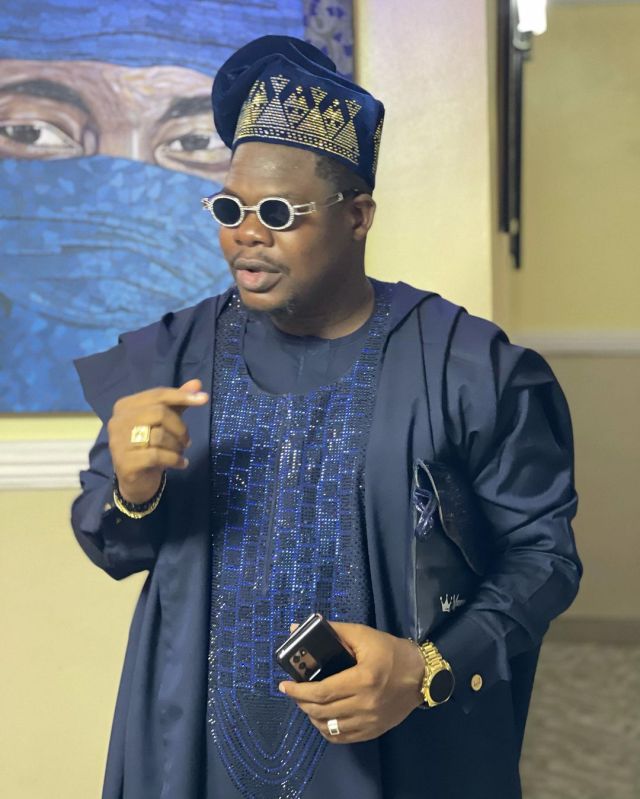 The Nigerian Twitter user who threatened to kill Mr. Macaroni over the Lekki Tollgate has issued a public apology to the skit maker.

We had earlier shared the story of how the Twitter user @LawalT2010 threatened to kill Mr. Macaroni on sight after he condemned the reopening of the Lekki tollgates. 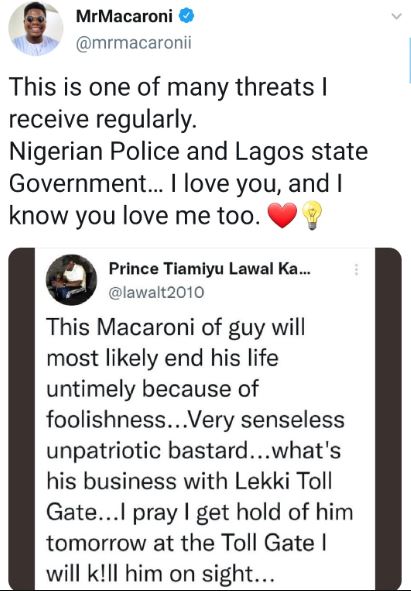 In a public apology tendered on his handle, he wrote;

''I am writing this tweet in response to a viral tweet about Mr.Macaroni...I sincerely apologize and retract every content of the tweet...We were having an argument before I lost it completely and went beyond limits...I have never k!lled anyone & I will never do...I am very sorry!!''