The contract, awarded in three batches, is to supply customised notebooks to secondary schools in the state. The first set of 12 contracts totalling N456.504 million was awarded on August 28, 2019. 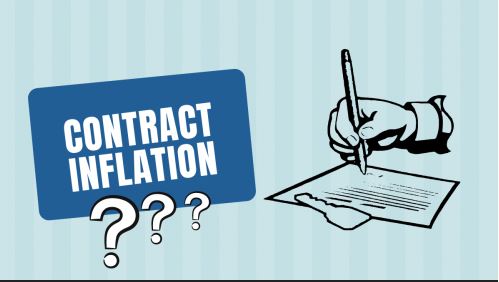 According to a report by SaharaReporters, a review of the Oyo State Open Contracting portal done by Dataphyte has shown that secondary school notebook contracts worth N998 million and awarded between August 2019 and December 2020 have been subject to contract inflation, fraudulent contract bidding and contract ambiguity.

The contract, awarded in three batches, is to supply customised notebooks to secondary schools in the state. The first set of 12 contracts totalling N456.504 million was awarded on August 28, 2019.

The second set was awarded in June 2020, with a total value of N94.196 million and described as “production of second batch exercise books for students of public secondary schools in the state”.

The third set awarded in December 2020 at N446.370 million was for the supply of 212,505 copies of 60 leaves’ notebooks. The description stated that the notebooks are meant for the 2020/2021 session of public secondary schools in the state.

The December 2020 contract raises concerns as to why it will cost N446.370 million to supply 212,505 copies of 60 leaves notebooks. On the open contracting portal announcing the award of the contract, the description for the award says, “Production of 212,505 copies of 60 leaves customised exercise books for students of public secondary schools for the 2020/2021 academic session”.

By this budget, each copy of the 60 leaves notebook cost the state N2,100 to print.

But should one customised sixty leaves notebook cost N2,100?

The quoted price by the state government appears exaggerated even if other services like delivery of the notebooks to each school and design of the customised pages were factored into the cost.

In the case of the supply of 60 leaves of the notebook for N2100 each in December 2020, the Public Procurement Act states that “The Bureau may refuse to issue a certificate of No Objection to Contract Award on grounds that the price is excessive.”

Aside from the inflated cost of contracts, Dataphyte’s investigation shows that three of the four companies awarded contracts on December 17, 2020, are owned by the same person.

Of the four contractors who won the contracts, three, Jeda Global Ventures, Insider Multipurpose Ventures and Sure Etiquette Media Plus Limited, are owned by Mr Oriyomi Hamzat Abdulrahman.

Mr Oriyomi Hamzat is a renowned broadcaster who recently founded Agidigbo FM in Ibadan, the capital city of Oyo.

Mr Oriyomi is known for social justice activism but was arrested in 2018 by the Department of State Services (DSS) before he was released after spending 15 days in detention.

In 2021, Governor Seyi Makinde commended Hamzat for establishing Agidigbo FM, noting that the government was willing to support the station to thrive.

And two months after registration, these companies won a contract from the state government.