Uba and his loyalists had in 2021 defected to the ruling All Progressives Congress (APC) ahead of the November 2021 governorship election in Anambra State. 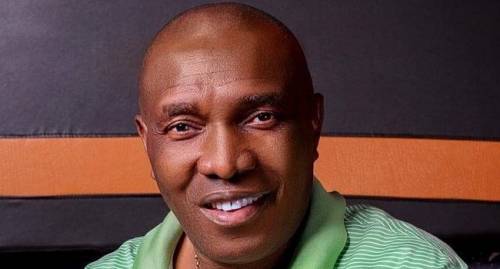 According to a report by SaharaReporters, the Anambra State chapter of the Peoples Democratic Party (PDP) has suspended two high-profile leaders of the party, Chris Uba and Linus Ukachukwu, for attempting to destroy the party, among many allegations.

Their suspension came after a crucial meeting of the State Executive Council (EXCO) on Saturday, April 2, 2022.

Uba and his loyalists had in 2021 defected to the ruling All Progressives Congress (APC) ahead of the November 2021 governorship election in Anambra State.

Uba’s loyalists under the Sir Chukwudi Umeaba-led former Caretaker Committee of the PDP in the state, had, on Friday, October 22, 2021, shortly after the Supreme Court affirmed Mr. Valentine Ozigbo as the candidate of the PDP in November 6, 2021, Anambra state governorship election, defected to the APC.

Uba’s elder brother, Senator Andy Uba was a candidate in the election.

Chris Uba had sponsored a parallel PDP primary for the governorship poll using the Umeaba structure with his eldest brother, Senator Ugochukwu Uba, emerging as a PDP governorship candidate.

But the Supreme Court affirmed Valentine Ozigbo as the authentic candidate of the PDP, not Senator Ugochukwu Uba on the basis that the primary that produced him was the one approved by the national leadership of the PDP.

According to a letter written to the National Chairman of PDP, Dr Iyorcha Ayu, and signed by the Acting Chairman of the party in the state, Okey Asolo and the Publicity Secretary, Nnamdi Nwangwu, the party took the decision to secure its future and reputation.

It accused Uba and Ukachukwu of engaging in anti-party activities, abuse of privileges and causing “unimaginable damages to the electoral fortunes and stability of our great party”.

The letter read, “Arising from our Executive Committee meeting held on 2nd day of April, 2022 at the Party Secretariat, Udoka Housing Estate, Awka and having thoroughly ex-rayed the problems of the Party and activities in respect of the forthcoming 2023 general elections.

“On further evaluation of the Party's electoral misfortunes in recent part vis-a-vis the anti-party activities, abuse of privileges of the above party members, who had previously caused unimaginable damages to the electoral fortunes and stability of our great Party.

“Having satisfied that these characters are hell-bent on destroying the Party further by conspiring to turn the Party into the agent of the ruling governments through a very wicked and crooked manner.

“Having considered that this was how they scuttled the chances of our great Party (PDP) in the 2017 Governorship election, 2019 general elections where PDP failed woefully in the Senatorial and other elections in the constituencies where the above dramatis personae come from and most recently the 2021 gubernatorial election in Anambra State where they created factions within the Party and eventually produced a parallel governorship candidate and instituted several court actions against the Party in flagrant neglect of the Party's Constitutional provisions.

“Interestingly, as the 2023 general elections draw closer, these dramatis personae are at it again as they presently work in concert with other political parties to ensure that PDP goes into extinction in Anambra State as evidenced in their recent court actions.

“The consequence of the above negative intents is that if they are allowed, PDP may not field candidates in the 2023 general elections as they have vowed to accomplish. And to forestall their evil plans and that of their agents, the Executive Committee of Anambra State PDP in our meeting 2nd day of April, 2022 resolved to wit; 1) That the Peoples Democratic Party is a dominant political party in Anambra State and therefore cannot be left at the wimps and caprices of few individuals.

“2) Considering the fact that if the activities of these political merchants are not tackled headlong and appropriate sanction meted out as enshrined in the Constitution of our great Party PDP, these people will continue to have their way in holding the Anambra State chapter of PDP hostage.

“3) That pursuant to sections 58(1) a-m and 59 of the Constitution of PDP 2017 as amended, Chief Christian Uba and Chief Linus Ukachukwu are hereby suspended from the Party PDP Anambra State for a period of 30-days with effect from 2nd day of April 2022.

“Finally, consequent on the above Executive Committee resolution, both Chief Chris Uba and Chief Linus Ukachukwu will be referred to the Disciplinary Committee for further investigations and all necessary actions.”