The Minister of Justice has also resigned, with several other cabinet ministers signalling their intention to follow suit. 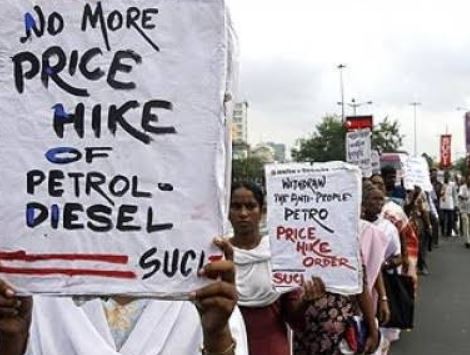 Following the protest that erupted in Sri Lanka over fuel scarcity and economic hardship, a number of cabinet ministers and the central bank governor have tendered their resignation.

For weeks now, shops have been forced to close because they can't run fridges, air conditioners or fans.

At gas stations, soldiers are stationed to calm customers who line up for hours in the heat to fill their tanks. Some people have even died waiting.

The long lines at supermarkets, gas stations and pharmacies have tested the public's patience. To make matters worse, there have been hours-long power blackouts.

This led to protests which were initially peaceful, with citizens calling on the president to resign.

But on Thursday  March 31, the protests became violent, with demonstrators hurling bricks and setting fires outside the residence of President Gotabaya Rajapaksa.

In response, the government on Friday, April 1, declared a state of emergency, imposing a curfew in parts of the city and blocking social media platforms nationwide.

However, protests went ahead on Sunday, April 3, in defiance of the curfew, and continued into Monday, with videos across social media showing crowds in the capital.

Now, a number of ministers have handed in their resignation.

On Monday, April 4, the governor of the Central Bank, Ajith Nivard Cabraal, became the latest major figure to submit his resignation, following a wave that started over the weekend.

On Sunday evening, Minister of Youth and Sports Namal Rajapaksa, who is also the President's nephew, announced on Twitter that he had informed the presidential office of his resignation "with immediate effect."

He said he hoped this would help the administration "establish stability," and that he remained "committed to my voters, my party and the people of Hambantota," where he is a lawmaker.

He also criticized an apparent social media blackout, saying he would "never condone" such a move and urging authorities to "reconsider".

Education Minister Dinesh Gunawardena told local media late on Sunday that he and other ministers had "handed our letters of resignation to the prime minister."

"The president and the prime minister will discuss and take relevant decisions," he said, without clarifying how many ministers had offered to quit.

The Minister of Justice has also resigned, with several other cabinet ministers signaling their intention to follow suit.

In a statement released by the presidential media team on Monday, President Rajapaksa didn't directly address the resignations, only urging all parties to "work together for the sake of all the citizens and future generations."

"The current crisis is a result of several economic factors and global developments," the statement read. "As one of the leading democratic countries in Asia, solutions should be found to this within a democratic framework."