Speaking via videolink, the president introduced John Legend, who sang a song alongside Ukrainian artists Siuzanna Iglidan and Mika Newton for the war-ravaged country. 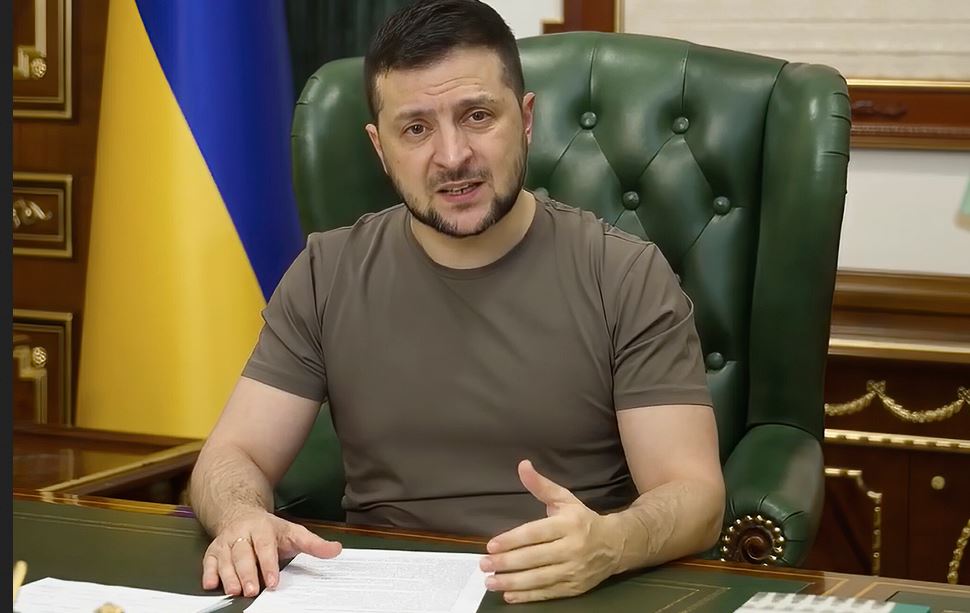 Following the invasion of Russian troops in Ukraine, President Vladimir Zelensky on Sunday night, April 3, made a surprise appearance at the Grammys in Las Vegas, to urge the millions of viewers watching to support his country in any way they can during this perilous times.

Speaking via videolink, the president who has gotten global acclaim over the way he has led the nation during war, introduced John Legend, who sang a song alongside Ukrainian artists Siuzanna Iglidan and Mika Newton for the war-torn country.

He said he ‘had a dream’ that those living in the cities of Ukraine could be as free as the performers on the Grammys stage, and likened the invasion to a deadly silence threatening to extinguish the dreams and lives of the Ukrainian people, including children.

‘Our musicians wear body armor instead of tuxedos. They sing to the wounded in hospitals, even to those who can’t hear them,’ he said.

‘But the music will break through anyway.’

‘Fill the silence with your music. Fill it today to tell our story. Tell the truth about the war on your social networks, on TV, support us in any way you can any, but not silence.

‘And then peace will come to all our cities,’ Zelensky said while wearing a khaki t-shirt.

It was deft for @ZelenskyyUa to make a statement at the #GRAMMYs … and also sad that he had to.

The world plods along while Ukrainians go to sleep in bomb shelters unsure if they’ll be shelled in their sleep.