The male passenger (names withheld) arrived the country aboard a United Airlines flight from Houston, United States, which landed at 10:10am. 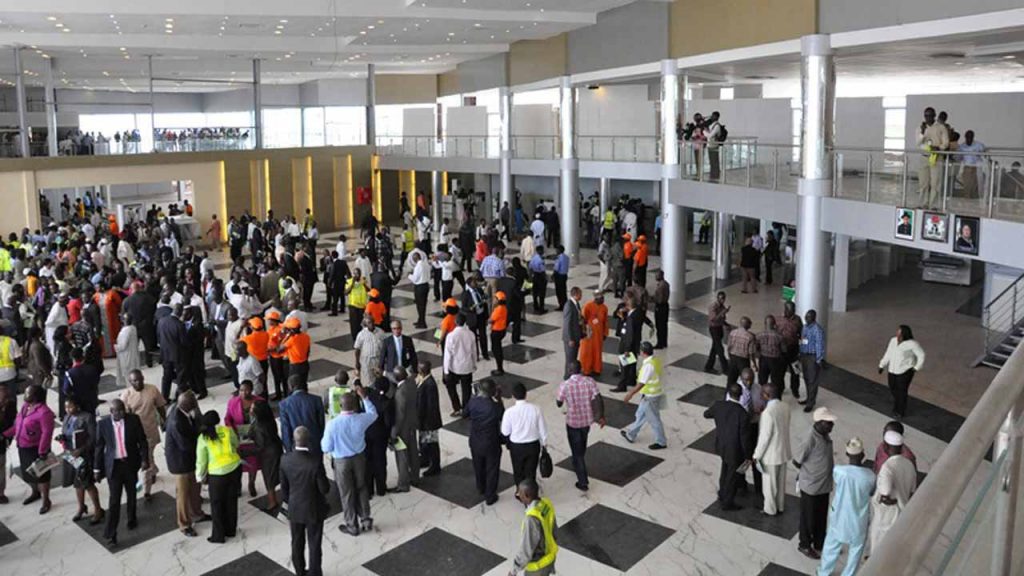 According to a report by Daily Trust, an American citizen who was in possession of firearms has been arrested at Murtala Muhammed International Airport (MMIA), Lagos.

The male passenger (names withheld) arrived the country aboard a United Airlines flight from Houston, United States, which landed at 10:10am.

The passenger was said to have checked in the firearms without declaring it as stipulated in international laws on firearms’ carriage.

The firearms, including the handgun, a Barretta and 26 rounds of 9mm ammunition, were concealed in his luggage were recovered.

The passenger was also said to be in possession of two international passports; Nigerian and American.

An airport source confided in our correspondent that the American citizen did not declare the firearms at the airport.

Another source confided in our correspondent that the passenger had some documents from the U.S, which allowed him to carry firearms, but the authenticity of the papers could not be ascertained.

As of the time of filing this report, the passenger was still being interrogated at the immigration office at the airport.

The source said: “Officials of the Nigeria Immigration Service actually intercepted the passenger with the firearms during screening. The passenger is undergoing scrutiny from the officials of the service and will be handed over to the relevant authorities after interrogation.

“Besides, we learnt that the passenger with dual citizenship has the approval of the US Government to carry firearms, but such should have been declared at the port of entry, which he didn’t do. However, we are yet to verify the documents he’s carrying.”

A statement by the Service headquarters revealed that the Lagos Airport Comptroller, CIS Kemi Nandap, had stated that the Service received a credible intelligence that the passenger boarded the aircraft in Houston and had concealed a firearm in his luggage.