Freeze said this while sharing an old tweet where Pastor Becky stated that divorce was not an option. 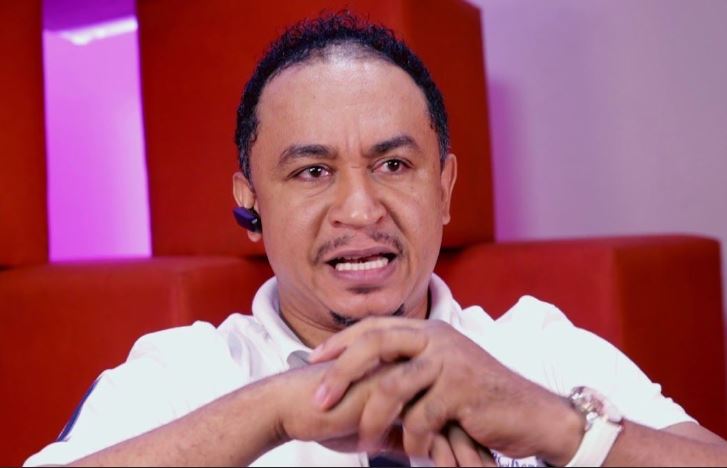 Daddy Freeze, the controversial Nigerian media personality, has disagreed with Becky Enenche, the wife of Pastor Paul Enenche of Dunamis International Gospel Center, over her comments on divorce, amid the death of gospel singer, Osinachi Nwachukwu.

Freeze said this while sharing an old tweet where Pastor Becky stated that divorce was not an option.

He claimed that there is danger in views like that from Becky.

Freeze, in a post via his Instagram account on Tuesday, said: “There is a danger in these kinds of teachings. The pastor in her 2018 tweet, said most wayward and rough children are from ‘devoiced’ homes. This man is a pastor are his children not damaged despite the fact that their parents were married and ministers?

“They were taught by their married pastor father to [email protected] women according to emerging reports, won’t divorce have reduced this damage?

“Dear Madam, I completely disagree with this your tweet from 2018, especially in the light of what just happened to the Late Osinachi.

“Osinachi was a gospel singer, so are we suggesting that she didn’t pray enough or get a revelation from God before she married a Christian man?

“Please who was her ‘daddy in the Lord’? Didn’t he see who she was getting married to in the spiritual realm? Didn’t he pray and have revelations about the marriage? How much more ‘shine your eyes’ could she have done?

“The reality is that people make mistakes and marry wrong. When this happens, they shouldn’t become slaves and lose their lives unnecessarily.

“Now let’s address the claim that most children from divorced homes are ‘wayward and rough’. An article from Scientific American disagrees:

“According to a 2002 study by psychologist E. Mavis Hetherington of the University of Virginia and her then graduate student Anne Mitchell Elmore, divorce affects most children in the short run, but research suggests that kids recover rapidly after the initial blow. They also found that many children experience short-term negative effects from divorce, especially anxiety, anger, shock and disbelief. These reactions typically diminish or disappear by the end of the second year. Only a minority of kids suffer longer. Most children of divorce also do well in the longer term.

“If we take all this into account, my candid suggestion would be that divorce should not only be allowed by the church, it should actually be encouraged in certain instances, so talents like Osinachi would no longer be buried in early graves.”

DAILY POST reports that Osinachi died after a fight with her husband, who had allegedly violently attacked her many times.

The husband, Peter Nwachukwu, has since been arrested by the FCT Police Command.

Meanwhile, Pastor Paul Enenche’s name has been dragged on social media for allegedly failing to advise Osinachi, who was a music minister in the church, to leave her marriage following the violence.

The pastor, who has kept mum on the incident, however, on Monday, posted a video on his official Facebook page where he was captured advising youths to stay away from partners with signs of violence.

The cleric said, “That man that can slap you during courtship can kill you in marriage.”