The young man, some days ago described Marvel movies as having characters who are possessed by an evil spirit. 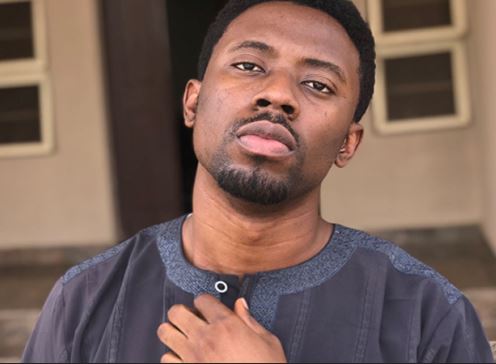 Joshua Bamiloye, the son of Mike Bamiloye, founder and President of Mount Zion Faith Ministries and Mount Zion Television, is currently under fire for making a tweet condemning Marvel movies.

The young man, some days ago described Marvel movies as having characters who are possessed by an evil spirit.

His tweet attracted the outrage of Nigerians who claimed Mount Zion movies caused them more trauma as kids compared to the effect of Marvel movies.

Some tweeps urged the Christian filmmaker to focus on making movies in his niche and stop criticising what he cannot control.

He, however, made a follow-up thread to explain his intent stressing that he had not called for a ban on such movies but to encourage Christians like him to be more cautious with the entertainment content they consume.

He tweeted, “So I made a tweet on Marvel movies, and I think it's time to expand on that because there's something we need to hammer home in the body of Christ. What exactly is it? The impact some of today’s films have on our generation, and even more so on our (future) children.

“Let me preface this by saying I watch Marvel films as well, so this isn't a topic to completely ban, dissociate, or cancel Hollywood films from our homes (because you can bet some people won't read half of this thread but still come to their silly conclusions just to cause chaos).

“Rather, this is a plea for us to be more deliberate in how much of God we pour into ourselves and subsequently into the lives of our children, so their thought process isn’t shaped by these movies.

I'll go over a few of the characters who sparked that concern.

“Scarlet Witch, a superhero, was my first source of concern. I'm not going into details, I'm just pointing out who our children will refer to as superheroes. Characters they would want to copy.

Doctor Strange is in the same boat (who is a sorcerer, same-same).

“Over the years, foreign films have beautified witchcraft & sorcery.

We may know that witchcraft is a no-no, regardless of how many movies we see about it, but believe me, it is harmful for a child to grow up with this kind of orientation without proper knowledge of God's word.

“The message is consistently the same: there are "good witches" and "evil witches. NETFLIX KIDS is also known for these types of shows.

That’s by the way, let’s go back to marvel.

”Another example is Venom, which was released in 2018, followed by a sequel in 2021. The plot revolves around a man whose body was fused with that of a "symbiotic alien" (a funny euphemism for a demon, in my opinion) named Venom.

"The sheer gore in the sight of this monster that was supposed to be the hero of the story freaks me out.

Venom is a creature that dwells inside a man and manifests in times of battle. Venom can also take control of a man's activities without visibly appearing.

"Last year, I had the opportunity to talk to a gathering of high school students.

I casually asked, "Who has seen Venom?" Hands were raised.

"Who likes Venom?" I asked again. Almost all hands were raised again. When they observed my surprised expression, they dropped their hands.

"This year, Morbius was released. I haven’t seen it but from research, it’s the story of a Dr with a blood disorder who sought help from a means that turns him into a vampire; a blood-sucking demon.

That’s the Hero. He is possessed by and manifests another being inside of him.

"And finally the presently trending series: Moon Knight. A regular guy shares a body with a mercenary that possesses Egyptian powers and he asks for control over his body from time to time.

He, like Venom and Morbius, is possessed by and manifests another being inside of him.

"These are just a few instances; let’s not even get started on Disney's ambitions to fully integrate LGBT themes into their children's materials, which will no longer be a coded affair. (Side note-Disney owns Marvel).

"Again, I'm not advocating for a ban on Hollywood films or a boycott of Marvel films (though, if you can, good for you).

I'm requesting that we become more sensitive and vigilant than we have ever been. The world is getting darker, and the devil is becoming increasingly crafty.

"Make a firm commitment in your heart to nourish your heart with God's word as much as possible so that you can pass it on to your children and younger siblings.

"This will function as a powerful deterrent to the negative content that’s out there.

"We can’t completely prevent germs in the air, water, or food, but we can strengthen our immune system to combat them when they get in the body.

In the spirit, it's the same way. Spiritual germs are present in the media, but your spiritual immunity is the most important factor.

"So, dear Christians, What are your thoughts on the matter? I'd be delighted to hear it. Also, anyone who comes with the aim of twisting this topic into nonsense or brings Mount Zion into it just for mockery will be promptly blocked. This is a discussion for believers only.”

So I made a tweet on Marvel movies, and I think it's time to expand on that because there's something we need to hammer home in the body of Christ.
What exactly is it? The impact some of today’s films have on our generation, and even more so on our (future) children
THREAD!👇🏽👇🏽👇🏽

However, his explanation further attracted condemnation from many Nigerian tweeps who encouraged him to keep mute on the topic.