This comes following the burial of the reality star’s father which gave many a closer look into the family she originated from. 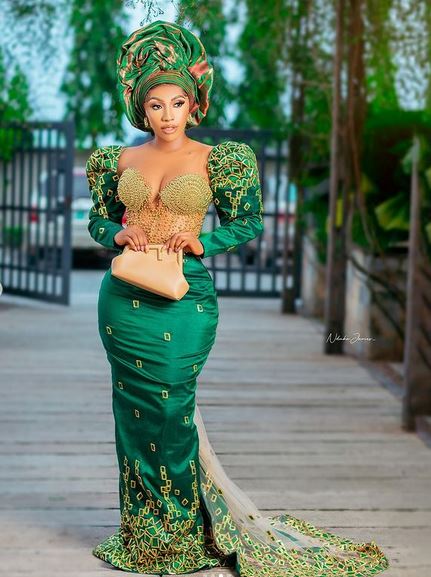 Big Brother Naija Season 4 winner, Mercy Eke, has been accused by a social media user of robbing fans with a false pity story.

This comes following the burial of the reality star’s father which gave many a closer look into the family she originated from.

According to a social media user identified simply as Chisom, Mercy Eke lied about being from a poor home as she reveals the above-average status of her family.

In a lengthy thread, the user wrote;

“Forget about Yul Edochie Jets talk about how Mercy Eke deceived us to vote for her to win #BBNaija.Tell me about “we are poor, my brothers couldn’t go to school,) sold fuel and corn” .

Go to her father’s compound and see d house she built before Bbnaija. Her village people in Egbu Owerri told me yesterday that she has been living large before Bbnaija even her mother had benz then.

So, where is being poor and the only source of income topic came from? Everybody voted for her be they had pity on her.

See her father’s burial, talk of the town.See people that attended from Owerri, “prominent people.”

So Mercy Eke, when and how were you poor ? You sold cold Zobo to us and we bought it. Liar! I was at the burial yesterday and people told me how rich you were before bbnaija.

Nigerians should learn how to vote right Stop voting out of pity,Bbnaija winners should be deserving not manipulating.

That was how White Money came with cooking scope. Next year Big Brother Naija, please don’t vote for pity.

Don’t be manipulated! Vote the person that deserve it . Mercy Eke has opened my eyes.” 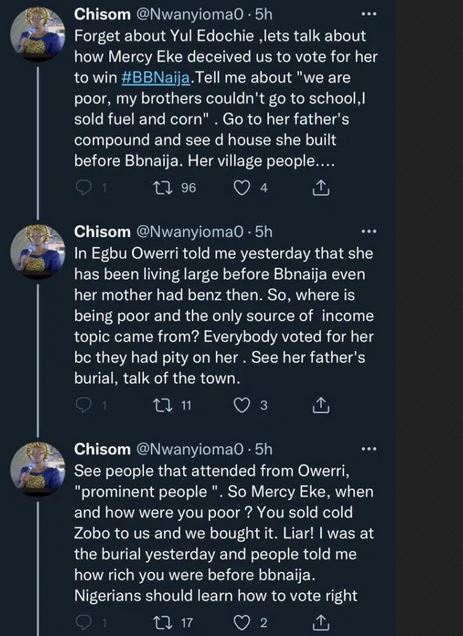 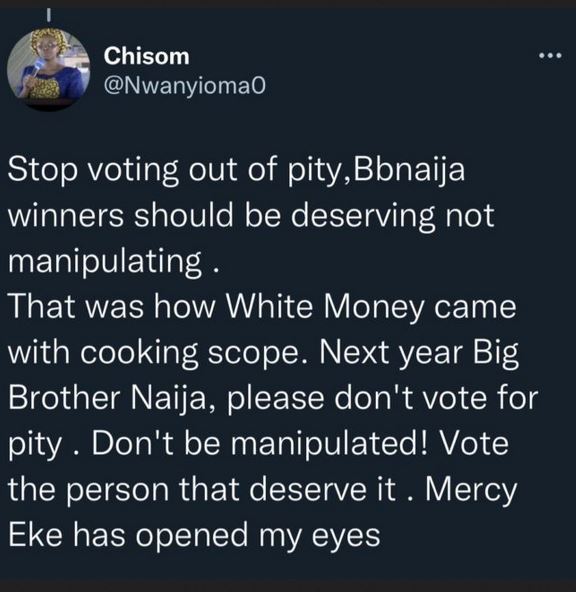