Natalie admitted to the manslaughter of her son Reid, who was found unresponsive at her family home in Parkwood Heights. 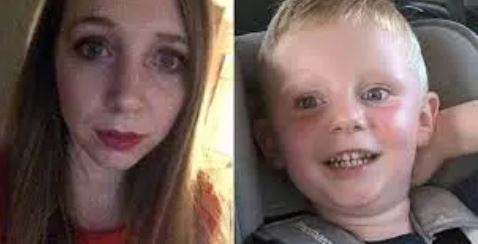 Natalie Steele and her son, Reid

A 31-year-old woman who drowned her two-year-old son in the bath after believing that her family was possessed by demons has been detained under the Mental Health Act.

Natalie Steele admitted the manslaughter of her son Reid, who was found unresponsive at her family home in Parkwood Heights, Bridgend, on the evening of August 11, 2021.

In the months before the killing, Steele had reported having delusions, including seeing floating orbs and believing that her family had been possessed by spirits.

Two forensic psychiatrists agreed Steele was suffering from an undiagnosed and untreated mental illness, and the Crown Prosecution Service did not seek a trial for murder.

Detaining Steele under sections 37 and 41 of the Mental Health Act on Tuesday at Cardiff Crown Court, Judge Michael Fitton QC described the case as “a profound human tragedy”.

She had been playing in the bath with Reid at home in in Broadlands, Bridgend, hours after they returned home from a happy camping holiday.

But she snapped after suffering from psychotic depression – and claimed that “spirits had been touching her” before the tragedy.

Doctors concluded Steele’s belief she was protecting Reid by sending him to heaven.

Cardiff Crown Court heard Steele and Reid lived in a three-storey detached five-bedroom home with her mother, stepfather and brother.