Nigerian Boy Who Built Replica of Overhead Kano Bridge Gets Scholarship In The US, Mum Gets N1m (Photo)


A young boy identified as Musa Sani has gotten a scholarship in the United States after building a replica of the Kano state overhead bridge. 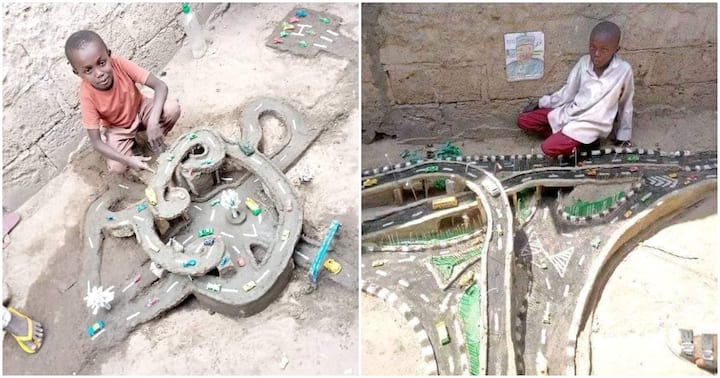 It is the season of goodnews for a young boy after he showed off his talent.
A young boy identified as Musa Sani has gotten a scholarship in the United States after building a replica of the Kano state overhead bridge.
It was gathered that the boy built the replica with locally-sourced materials.
Sharing snaps of Musa and his creation on Twitter, a Nigerian tweep with the handle @OvieNews announced that a construction company, Ronchess Global Resources, has offered Musa university scholarship to study in the United States.
@OvieNews who said he was contacted by the company's CEO, added that the construction establishment also gifted Musa's mum the sum of N1 million to start a business, while his father was given a job.
They also promised to enroll Musa's siblings in good schools and will move the family to a furnished apartment in Maiduguri.

GLAD TIDINGS: This little boy who I tweeted about yesterday has been offered scholarship by a construction company, Ronchess Global Resources ,and an automatic employment with them after graduation. The CEO contacted me this morning and wants to reach out to the boy. HELP PLEASE pic.twitter.com/2SpwoJcP1O