The chief press secretary of the governor, Gboyega Akosile made the disclosure at a recent event. 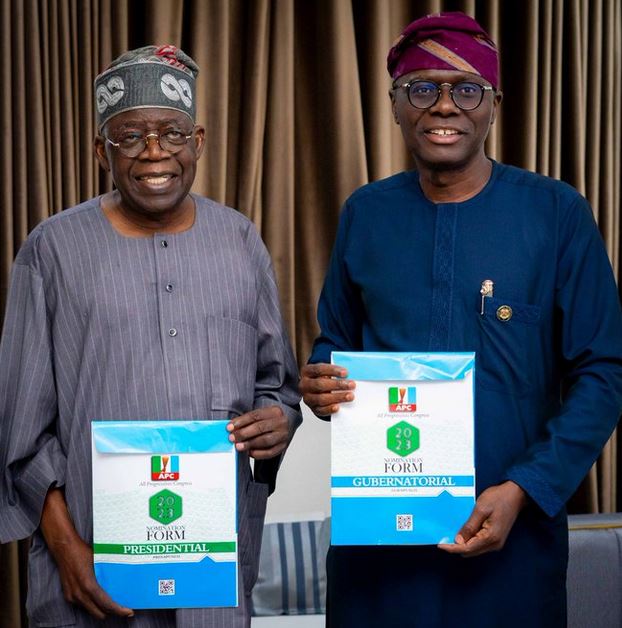 Governor Babajide Sanwo-Olu of Lagos State has disclosed that the National Leader of the All Progressives Congress, (APC) Asiwaju Bola Tinubu purchased the governorship nomination and expression of interest forms for his second term in office.

Mr Sanwo-Olu stated this at an event, according to his chief press secretary Gboyega Akosile. 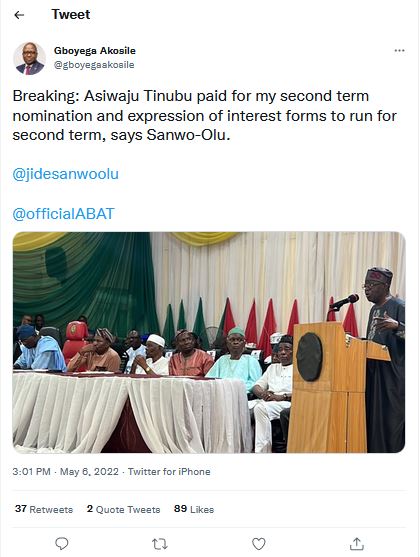 Mr Sanwo-Olu’s revelation comes one week after he and Tinubu got their forms.

The forms were picked on their behalf at the party’s secretariat in Abuja by James Faleke, the lawmaker representing Ikeja Constituency at the House of Representatives.

Faleke was accompanied by Samuel Adejare who represents Agege Federal Constituency at the House of Representatives and a former secretary to the government of the federation, Babachir Lawal.

On Tinubu’s return from observing the annual Umrah (Lesser Hajj) in Saudi Arabia, Sanwo-Olu presented the forms to him.

“The presentation of these forms signifies the beginning of a historical journey, and the birth of a new dawn in the political landscape of our dear state and country Nigeria,” he said. 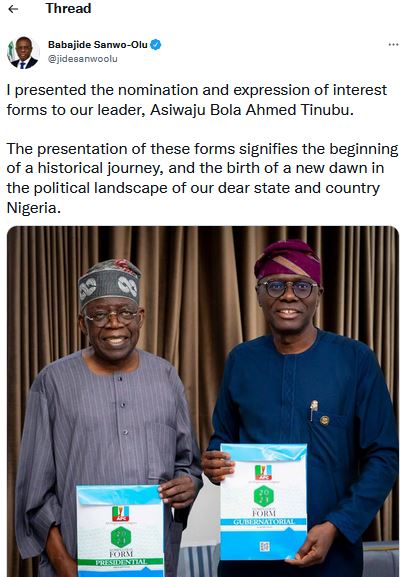