The suspects were arrested with dangerous weapons, intoxicating drugs, and stolen properties. 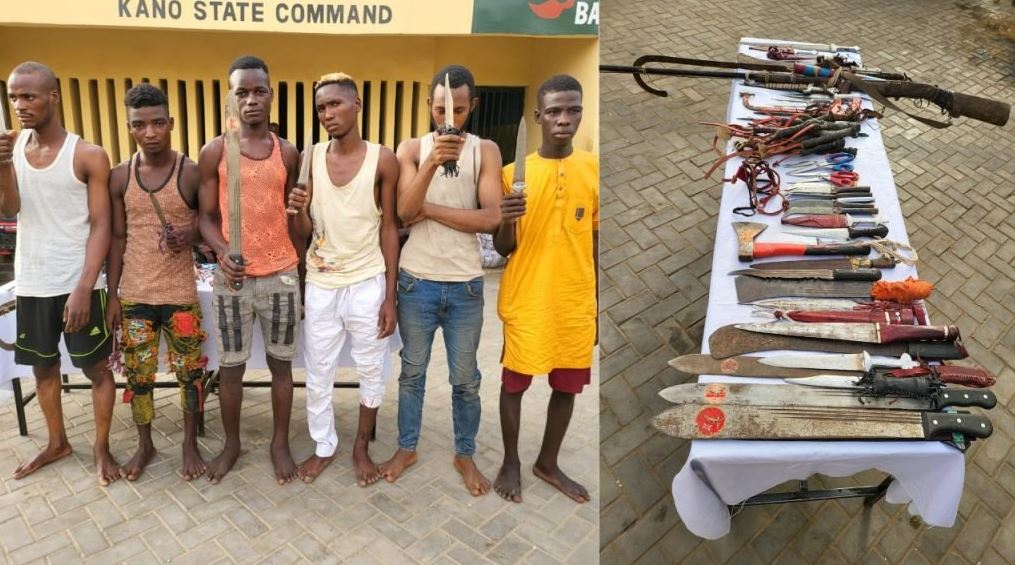 Some of the arrested suspects

128 suspected thugs (Yandaba) have been apprehended by men of the Kano state police command during the Eid-El Fitr celebration across the five Emirates of the State.

Spokesman of the command, SP Haruna Kiyawa stated this in a press statement.

He said the arrest was in line with the directives of the Inspector-General of Police on the provision of adequate security during the Eid El Fitr festivities.

According to him 128 suspected thugs (‘Yan Daba) were arrested during the “Hawan Eid”, “Hawan Daushe”, “Hawan Nassarawa” and “Hawan Fanisau” in all the Five Emirates of the State.

He said the suspects were arrested with dangerous weapons, intoxicating drugs, and stolen properties.

Kiyawa said the State Commissioner of Police thanked the Government, sister security agencies, and relevant stallholders for their cooperation and support.

Kiyawa said the suspects would be charged to court after the investigation.