Community sources said that the incident caused panic in the city as security personnel were deployed in Agbor. 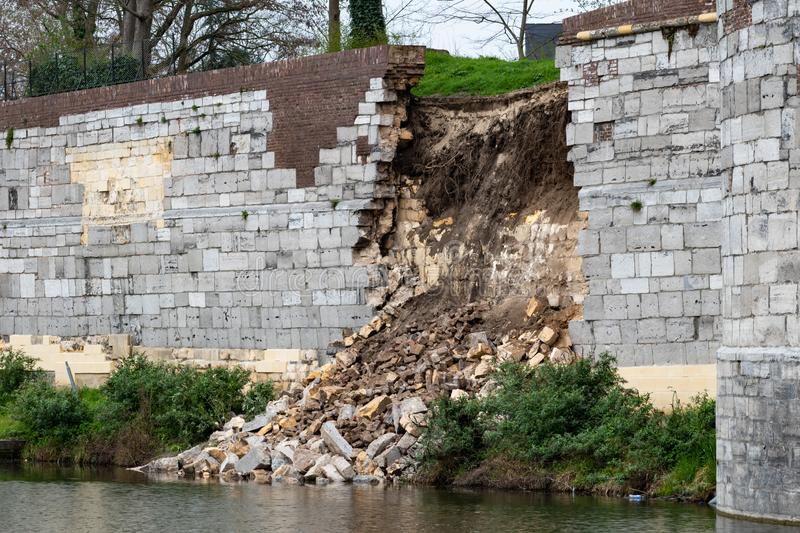 According to a report by PUNCH Metro, there is tension in Agbor, in the Ika South Local Government Area of Delta State over fear that inmates in a custodial centre in the town escaped after the wall of the facility collapsed.

PUNCH Metro gathered that the wall fell during a downpour on Monday.

It was alleged that some of the inmates escaped before the situation was curtailed.

Community sources told our correspondent that the incident caused panic in the city as security personnel were deployed in Agbor.

“The wall of the prison fell during the Monday evening rain. They said some inmates used the opportunity to escape.

“As I speak, there are security personnel in the town which include army, police and others drafted to prevent further escape,” a source said.

The Controller of Corrections, Delta State Command, Mr Friday Esezobor, who confirmed the incident, said nobody escaped from the prison.

He said, “The facility wall collapsed due to the rainstorm on Monday. At the moment, I am here with my men. Soldiers and police are also here to beef up security in the environs.”

The state Police Public Relations Officer, DSP Bright Edafe, also said there was no death or escape from the facility.