The governor and former president met behind closed doors for more than 40 minutes. 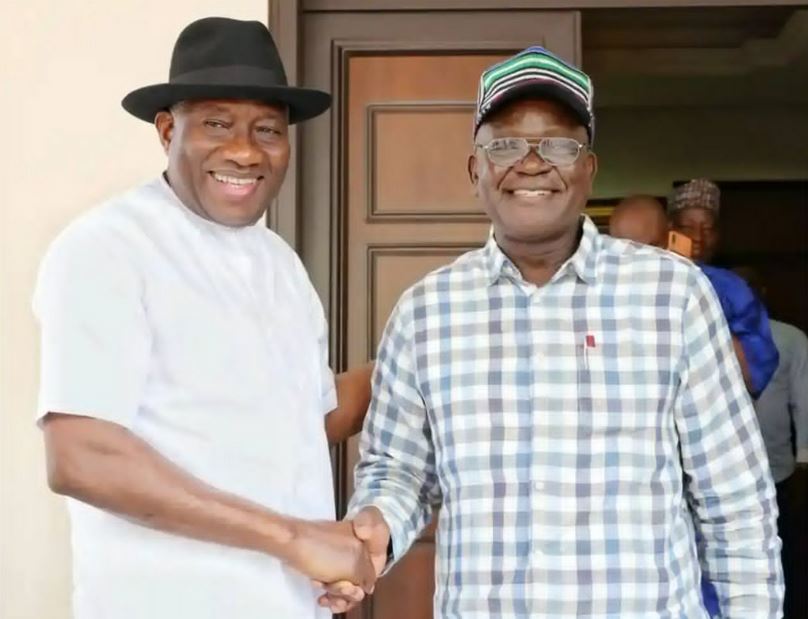 Governor Ortom served as Minister of State, Trade and Investment and later the supervising Minister of Aviation under Jonathan.

The duo met behind closed doors for more than 40 minutes.

Although none of them spoke to the press when they came out, they were beaming with smiles with the former President exchanging pleasantries with everyone on the Governor’s entourage.

It is believed that the fortunes of the PDP and the victory of the party in the forthcoming general elections may have been central in their discussions.