Fraud: Why We Arrested Ex-Speaker Etteh Over 2011 Contract - EFCC


Etteh was said to have received N130m through her personal account from Phil Jin Project Limited, a firm which was awarded the N240m contract by the NDDC in 2011. 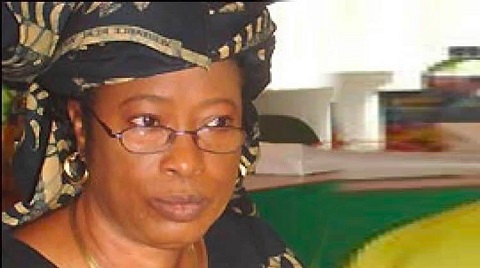 The Economic and Financial Crimes Commission (EFCC) has given an update why it arrested Patricia Etteh, former Speaker of the House of Representatives.
EFCC said it arrested Etteh over her involvement in a contract awarded by the Niger Delta Development Commission (NDDC) in 2011.
According to reports, the former Speaker was picked up yesterday evening by the anti-graft agency over a shady N240m contract awarded by the NDDC and is presently undergoing interrogation at the Abuja office of the EFCC.
Etteh was said to have received N130m through her personal account from Phil Jin Project Limited, a firm which was awarded the N240m contract by the NDDC in 2011.
Officials of the EFCC told The PUNCH that Etteh had been unable to explain why the firm transferred N130m to her out of the money.
A top EFCC official said, “Etteh is currently in our custody. What happened was that in 2011, the NDDC awarded a contract of N240m to Phil Jin Project Limited for the supply of solar-powered street lights in some communities in Akwa Ibom.
“Shortly after the contract was awarded, the firm got N34m as an initial sum. Two weeks later, they received N253m, a total of N287m. This is despite the fact that the contract itself was worth N240m.
“Etteh is not a director in the company or a contractor. But the company paid her N130m. So, she was invited to explain what the money was for and she has been unable to do so. It is either the company is fronting for her or there are some shady deals. We cannot ascertain the execution of the contract in any case.”
Etteh, who represented the Ayedaade/Isokan/Irewole Constituency of Osun State from 1999 to 2011, was the first woman to serve as Speaker of the House of Representatives.
She, however, resigned and was replaced by Dimeji Bankole.
Top Stories