The convict was accused of demanding the sum of N250,000 and receiving the sum of N162,500 from an applicant with the promise to procure a job for him at the Federal Civil Service Commission. 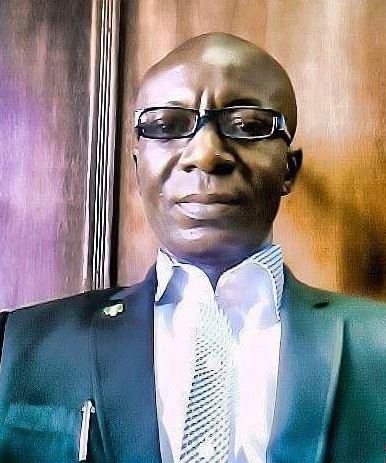 A public officer in the Office of the Head of Civil Service of the Federation identified as Mr. Amdii Monday Gideon has been handed a seven-year jail term for his involvement in an employment scam.

His conviction was secured by The Independent Corrupt Practices and Other Related Offences Commission (ICPC).

The victim had reported the matter to ICPC after the convict failed to procure the said job and refused to refund his money.

The charge reads in part;

“That You Amdii Monday Gideon (M) on or about the month of June 2015 at Abuja Federal Capital Territory while being a Public Officer at Registry Unit of the Permanent Secretary (Special Duties) office of the Head of Civil Service of the Federation corruptly asks for the sum of N162,500.00 (One hundred and sixty two thousand five hundred naira) from (name withheld) to secure a job for him and you thereby committed an offence contrary to section 8(1)(a) and punishable under section 8(1)(ii) of the Corrupt Practices and Other Related Offence Act 2000.”

The prosecution was able to prove its case beyond reasonable doubt which formed the premise upon which the Court found Mr. Monday guilty of the charges against him.

He was therefore convicted and was sentenced to seven years imprisonment without an option of fine.

It would be recalled that as part of measures to curb recurrent cases of job racketeering, ICPC had in recent time organized a Policy Dialogue on Entrenching Transparency in the Public Service Recruitment Process in Nigeria during which the Chairman, Prof. Bolaji Owasanoye (SAN) disclosed that the Commission received almost 100 petitions on recruitment scam from victims, institutions and complicit individuals saying that the situation festers due to lack of transparency. 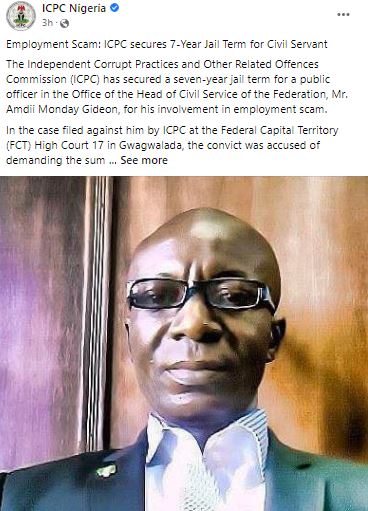