The Red Flags That I Look Out For In A Man - Nigerian OAP, Kemi Smallz Opens Up


The talented radio presenter with Coolfm 96.9 shared this in an exclusive chat with The Nation. 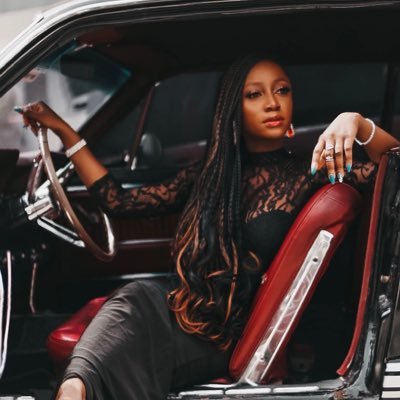 Oluwakemi Owatemi, the Nigerian on-Air Personality, aka Kemi Smallz has revealed red flags she looks out for in a man.

The talented radio presenter with Coolfm 96.9 shared this in an exclusive chat with The Nation.

Kemi Smallz listed the red flags that she looks out for in a man saying, “Someone who is only kind to people that he believes have status, a certain level of class, I like people who are kind to everyone because everyone is deserving of kindness.”

Continuing she said, “Someone who doesn’t believe in the fact that women can express themselves as much as they can, a misogynist. Another one will be a person who doesn’t know how to communicate especially when they are issues you know, not able to communicate their feelings, not able to sort things out as we should because we love each other.

“A person that lacks initiative, I know that everybody has to speak, ask and you shall be given; a closed mouth doesn’t get fed but every once in a while I need you to use your initiative because you care about something and the last one would be people that ghost, that just disappear for no reason, I am not on that,” she said.