Many Arrested, 200 Bikes Impounded Over Attack On Lagos Police Station


Over 200 commercial motorcycles belonging to the suspects were seized by a combined team of riot policemen and soldiers deployed to restore normalcy in the place. 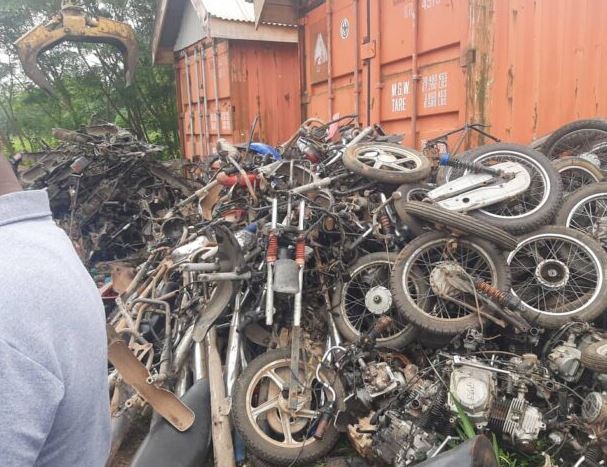 Many Arrested, 200 Bikes Impounded Over Attack On Lagos Police Station

Scores of commercial motorcycle operators popular known as Okada riders were on Thursday arrested for allegedly attempting to cause violence in Onireke Police Station, in Ojo area of Lagos.

Over 200 commercial motorcycles belonging to the suspects were also seized by a combined team of riot policemen and soldiers deployed to restore normalcy in the place.

It was learnt that the riders were protesting the seizure of some motorcycles by policemen attached to the Division under the guise of enforcing the state government laws banning Okada from operating on major highways in the state.

Violence broke out as early as 7am yesterday following the arrest of some motorcycles on the Mile 2-Badagry expressway, Lagos.

One of the riders, who identified himself as Ali Abdul, said the actions of the policemen were uncalled for as Ojo Local Government was not among the six LGAs mentioned by the governor.

While the policemen fired several shots into the air to disperse the riders, the riders themselves pelted the officers with stones, daring the officers to come after them.

Lagos State Police Public Relations Officer, Benjamin Hundeyin, who confirmed the incident, said several riders were arrested while about 200 motorcycles were also impounded by policemen deployed to the trouble zone.