The players and their officials were received on arrival by their supporters based in the USA. 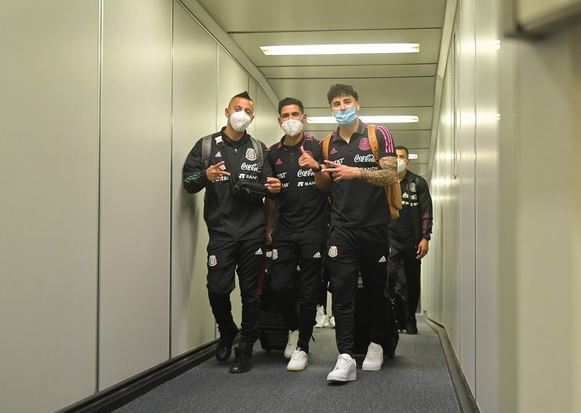 Ahead of their international friendly against the Super Eagles of Nigeria, the El Tri of Mexico have arrived in Dallas, United States of America on Tuesday morning.

Gerardo Martino’s men will take on the West Africans at the AT&T Stadium in Arlington on Saturday.

The players and their officials were received on arrival by their supporters based in the USA.

The team will train later in the day as they intensify preparations ahead of the highly anticipated friendly.

The North Americans have also lined up friendlies against Uruguay and Ecuador as part of their tour of the USA.

Mexico and Nigeria have met seven times in the past, four of which have ended in draws.

The most recent game was a resounding 4-0 mauling of Nigeria by El Tri at the Memorial Coliseum Stadium in Los Angeles, California, in July 2021.