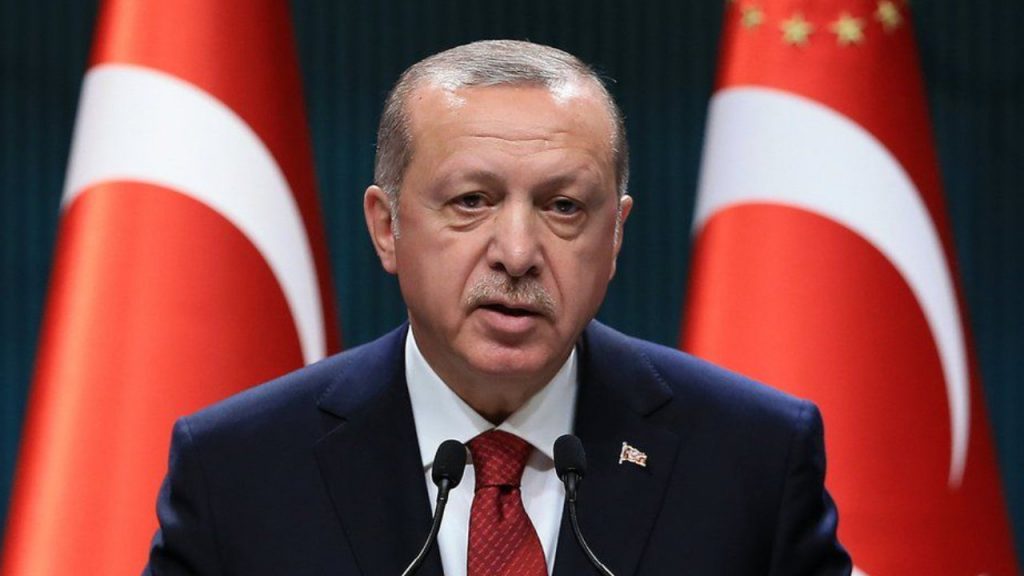 Turkey has released a list of demands before it will agree for Sweden to join NATO.
According to Dailymail, President Erdogan wants 'concrete assurances' that Sweden will cut political ties with, stop sending money to, and refuse to supply arms for groups with links to the PKK - considered a terrorist group by Turkey, the EU and US.
President Erdogan also wants Stockholm to lift an arms embargo on Turkey put in place when the country attacked Kurdish groups in northern Syria in 2019, at the invitation of then-President Donald Trump.
The demands put Turkey on a fresh collision-course with its NATO allies, threatening to undermine European security and unity in the face of Russia's war in Ukraine.
Finland and Sweden will both dispatch diplomatic missions to the Turkish capital tomorrow in an attempt to win Erdogan around, Finnish foreign minister Pekka Haavisto said today.
Erdogan has emerged as the sole opponent of Finland and Sweden - already 'partner nations' of NATO - becoming full members of the alliance, bolstering its ranks with up to 1m troops while benefitting from the protection of its mutual defence pledge.
Until now, he has only said that their support for 'terrorist groups' means he 'cannot be in favour' of them joining, but on Tuesday spelled out his opposition to Sweden's bid in detail.
A memo circulated by the government's press department laid out five demands of Stockholm mostly relating to its dealings with the PKK, saying it expects 'principled steps and concrete assurances' before it will drop its opposition.
Sweden, like Turkey, designates the Kurdish PKK a terrorist group and has done since the 1980s, so does not support them directly.
But it does lend its backing to Kurdish groups operating in northern Syria, which led a US-backed coalition which fought against ISIS in the Syrian Civil War.
Turkey views those groups as terrorist extensions of the PKK, and has fought against them in recent years.
Ankara singled out aid payments totalling hundreds of millions of dollars that Sweden is due to make to the Syrian Democratic Council up to 2023, calling for them to be stopped.
It also accuses Sweden of sending anti-tank weapons and drones to the region, and also wants such shipments stopped.
Another demand is for Sweden - whose parliament contains six MPs of Kurdish origin - to cut political ties with Kurdish groups, and to deport PKK members within the country who it considers to be criminals back to Turkey.
It is unlikely that Stockholm - which has welcomed some 100,000 Kurdish refugees in recent years - will agree to the demands.
But all NATO decisions must be taken by full consensus, meaning that Erdogan's opposition could prove fatal unless he can be won around.
Sweden and Finland have decided to break with decades-old neutrality agreements by joining NATO in response to Russia's invasion of Ukraine.
Since at least the end of the Second World War, both nations have relied on commitments by Russia not to attack for their security - in return for not allowing their territory to be used to attack Russia.
However, Putin tore up similar agreements with Kyiv when he attacked Ukraine, which has forced the Scandinavian countries into a radical re-think.
If Erdogan's objections can be overcome, then Sweden and Finland should be able to rapidly join the alliance as all other members have signalled their approval and intention to fast-track the process.
That will mean the alliance gaining up to 1million new troops, if Finnish reserves are included in the total.
It will also place Europe's largest collection of artillery at NATO's disposal, along with dozens of state-of-the-art fighter jets, fast attack boats, and five of the quietest and deadliest submarines on the planet.
And, crucially, all of those reinforcements will be positioned close to the Baltic states of Estonia, Latvia and Lithuania which have long-been NATO's weakest spot and among the most-likely members to be attacked.
Erdogan's opposition to Finland and Sweden's membership has wrong-footed the alliance, as he hadn't opposed the move in preliminary talks.
It is widely thought Erdogan is squeezing the alliance for concessions - though he insists opposition is a matter of principle and he cannot be won around.
Another reason could be his close ties with Russia, which is collaborating on a number of key infrastructure projects in Turkey including a new nuclear power station and is a key weapons supplier.
Ankara has so-far pursued a policy of non-alignment in the Ukraine conflict, barring Russian warships from reinforcing the Black Sea through the Bosphorus Strait but also welcoming sanctioned oligarchs and their yachts.
Turkey also threatened a fresh incursion into northern Syria on Monday, in renewed efforts to create a 20-mile deep 'safe zone' along its southern border where millions of refugees can be sent.
Doing so would mean taking swathes of territory from Kurdish groups, so pressuring Sweden to drop its support could be seen as a way of trying to weaken them before the fighting starts.
Erdogan did not provide further details but said the operation would begin after Turkey’s military, intelligence and security forces complete their preparations.
Top Stories