The suspects allegedly stole N600 from them four years ago with the same pistol. 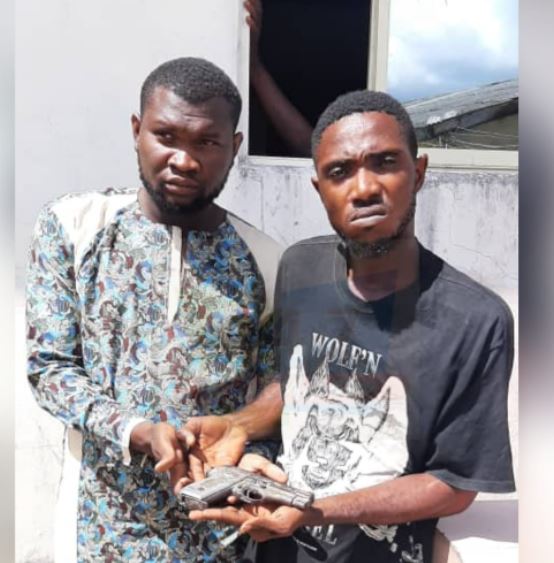 A Facebook user identified as Ebi Willaims Sinte has narrated how he and his friend were allegedly robbed at gunpoint by one of the suspected armed robbers apprehended by the police in Bayelsa.

The suspects allegedly stole N600 from them four years ago with the same pistol.

The suspects, Zion Kientei and Solomon Deizigha, were nabbed inside a tricycle during a Stop and Search Operations at the Isaac Boro Express Way, Yenagoa.

"The guy on T shirt and his gang robbed me and my friend on gun point in a broad daylight, made away with our 600k, four years ago. Same pistol, I recognize him very well, nemesis has caught up with" Mr Sinte wrote. 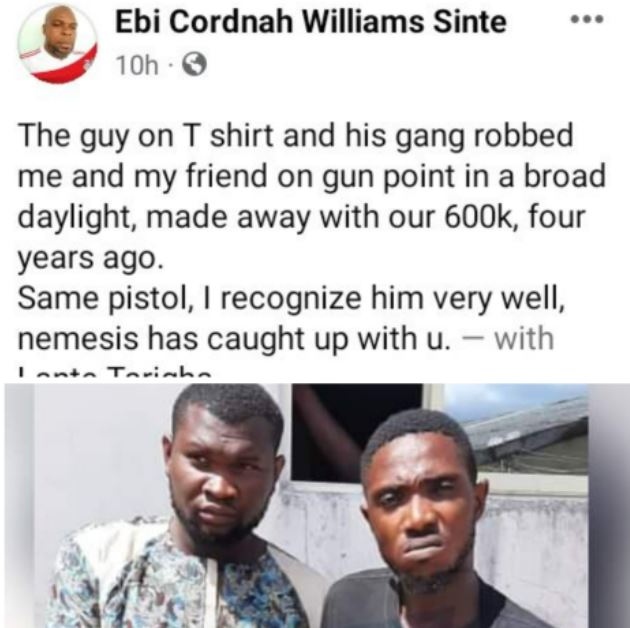