Emmanuel Ogidi, Chairman of the electoral committee, announced the result and congratulated the aspirants. 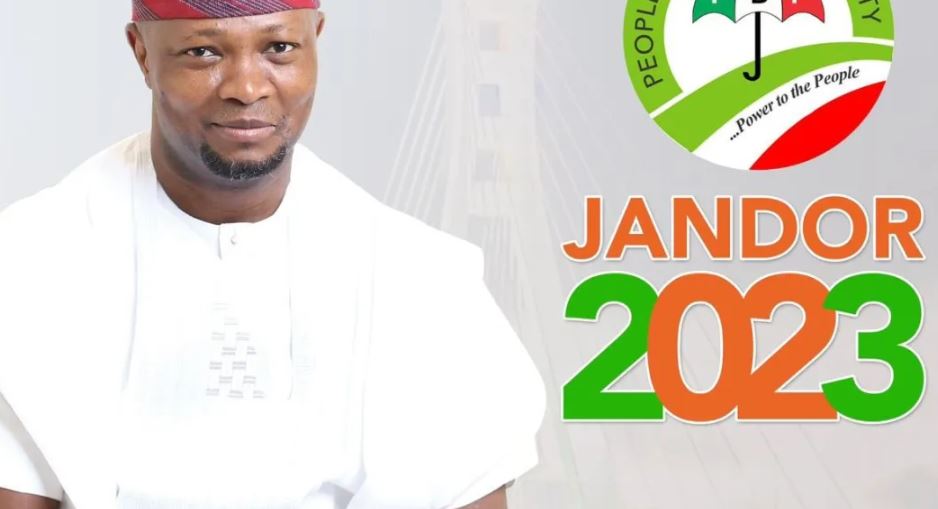 Abdul-Azeez Olajide Adediran, the Convener of Lagos4Lagos Movement, who is popularly called ‘Jandor’, has won the Peoples Democratic Party (PDP) governorship primary election to emerge as the party’s candidate for the 2023 elections in Lagos State.

Jandor defeated Dakova Kolawole after having 679 votes out of 709 available votes.

Kolawole could only manage 20 votes while 10 votes were declared void.

Emmanuel Ogidi, Chairman of the electoral committee, announced the result and congratulated the aspirants.

Jandor, in his speech, promised to unite members of the PDP in the state.

Meanwhile, four aspirants had withdrawn from the race, leaving only Jandor and Kolawole. The aspirants are Adedeji Doherty, Rhodes Gbadebo, Ade Dosunmu and Otunba Jimi Karmal.

Jandor thanked the contestants who stepped down.

Since the return of democracy to Nigeria in 1999, only Bola Tinubu and his political godsons have been governors in Lagos, first under the Alliance for Democracy and then Action Congress of Nigeria (ACN) and later under the All Progressives Congress (APC).

Governor Babajide Sanwo-Olu of the APC is expected to win the ticket of the APC for the 2023 elections.

Jandor is a 44-year-old journalist and entrepreneur.

He was born in the Mushin area of Lagos to a Christian mother and a Muslim father.