What Did He Forget At The Villa? - Deji Adeyanju Reacts To Reports That Jonathan Will Be Contesting For APC Ticket


The ruling party had reportedly granted the former President a waiver to contest the upcoming party’s presidential primary slated for Sunday, May 29. 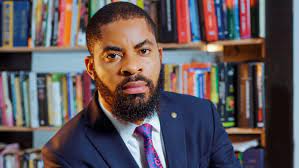 Nigerian activist, Deji Adeyanju has called on former President Goodluck Jonathan to ignore calls for him to contest All Progressives Congress presidential ticket.
The former Nigerian leader had met behind closed doors with Mamman Daura, the influential nephew of President Muhammadu Buhari, at his Abuja residence.
Reacting to the development, Adeyanju said the plan by the APC to bring Jonathan into the party was a good political move by the North.
He however insisted that it is the turn of the South-East.
He said: “It is a good strategy by the North to give the South power for one term. It makes sense politically. However, I believe it is the turn of the South-East in the interest of equity.
“Constitutionally, Jonathan can still contest. No law should have a retroactive effect because it is against the ethics of law
“I believe Jonathan should ignore these people. It is not worth it. What has he forgotten at the Villa? These are the people that campaigned against him. How will APC sell Jonathan to Nigerians?”
Top Stories