Mr Hamzat said in a post to Instagram on Friday, May 27 after his release on administrative bail by the police that he would not be discouraged from stopping calls for justice for Adegoke. 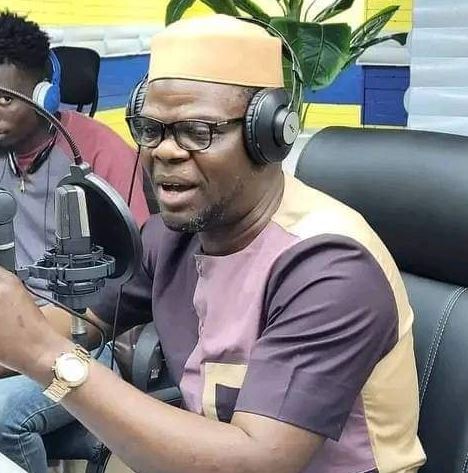 Oriyomi Hamzat, the founder of Agidigbo FM has broken silence after he was released on bail.

He stated that he remains resolute in the call for justice for the late Timothy Adegoke, a postgraduate student of Obafemi Awolowo University (OAU).

Mr Adegoke died in Hilton Hotel in Ile-Ife, Osun State last year. Ramon Adedoyin, who owns the hotel, is facing trial alongside six of his employees over Adegoke’s death.

Mr Hamzat said in a post to Instagram on Friday, May 27 after his release on administrative bail by the police that he would not be discouraged from stopping calls for justice for Adegoke.

He said, “I have finally regained my freedom. Thank you everyone for speaking out. All we’ve been calling for is justice and I, Oriyomi Hamzat remain steadfast in this call for #JusticeforTimothy. Nothing shall discourage me. Thank you again to everyone.”

Hamzat’s arrest on Thursday, May 26 followed complaint by Ahmed Aderoju, the lawyer of Adedoyin, accusing Hamzat and others, including one Babagbade Imo, Woibile and IJKFMB Music Yard, of criminal defamation, false alarm, incitement, false publication, cyberstalking and criminal threat.

Following his arrest, protesters took to the streets of Ibadan to express their disapproval. They lamented that Hamzat provides for them.

According to Force PRO Muyiwa Adejobi, Hamzat was arrested by Force Intelligence Bureau operatives with warrant.

“Oriyomi’s arrest was sequel to his refusal to honour Police invitation severally, which prompted the police to secure a warrant for his arrest.

“We are looking into the petition written against him on his violation of the Cyber Crime Act, 2015, and necessary action will be taken to do justice in the matter,” Adejobi said in a statement.

Agidigbo FM has since countered the police that Hamzat refused to honour invitations for questioning.