It was gathered that Jonathan submitted the N100 million forms a few days earlier to the National Chairman of the ruling party, Abdullahi Adamu. 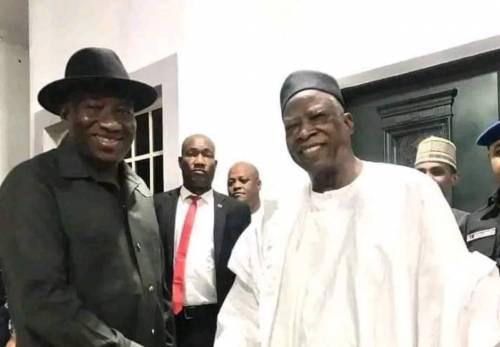 Former President Goodluck Jonathan has reportedly submitted N100 million presidential nomination and expression of interest forms bought on his behalf by a Fulani group from the All Progressives Congress.
This is according to a report by Sahara Reporters on Thursday.
The media platform claimed that Jonathan submitted the N100 million forms a few days earlier to the National Chairman of the ruling party, Abdullahi Adamu.
“His form has secretly been submitted. He submitted his nomination form through the APC Chairman a few days ago,” a source in the ruling party privy to information said.
“Members of President Muhammadu Buhari’s cabal are still pushing for Jonathan to become the party’s consensus candidate.”
Recall that a Federal High Court sitting in Yenagoa today ruled that former President Goodluck Jonathan is eligible to contest the 2023 presidential election.
The presiding judge, Justice Isa Hamma Dashen gave the judgement on Friday.
He also held that Jonathan’s right to vie for the office of president again cannot be stopped by any retroactive law.
Top Stories