Several hours after the end of the convention, Wike kept mum and has yet to congratulate Atiku, whom he believes is not committed to the party. 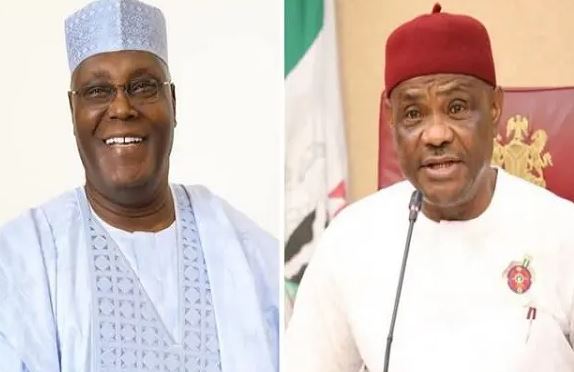 Governor Nyesom Wike of Rivers state is yet to congratulate Atiku Abubakar after he clinched the Presidential ticket of the People's Democratic Party, PDP on Saturday, May 29.

This is coming after Wike promised to support whoever emerges winner in the recently conducted primaries.

Atiku who was the PDP’s presidential candidate in the 2019 presidential election clinched the party’s ticket again on Saturday, May 28, 2022, following the party’s convention held at Moshood Abiola Stadium, Abuja.

But just before delegates could begin to cast their votes, Tambuwal withdrew from the primary election and endorsed Atiku.

However, while Saraki had congratulated Atiku on Twitter shortly after the former VP emerged as the winner of the election, Wike, who promised to support any aspirant that wins the election has yet to send a congratulatory message to the winner hours after the convention.

While addressing the delegates, Wike had vowed to support any aspirant that emerge as the winner of the election because he is a committed PDP member who loves the party.

“Let me vow, today, anybody who emerges here, I will support the person to the fullest because I am a committed party person, because I love this party, because, since 1998, I have been in this party and worked for this party, I am not going anywhere, This is my party.” the governor had said.

But several hours after the end of the convention, Wike kept mum and has yet to congratulate Atiku, whom he believes is not committed to the party.

During his consultations and meetings with party members across the country, Wike frequently took a swipe at Atiku over his defection from the PDP to the APC in 2014.

Wike predicated his consultation and campaign on the belief that he is loyal to the party, unlike Saraki and Atiku who left the party and later return to use the party platform to vie for president.

He believes Atiku and Saraki do not deserve to represent the PDP as presidential candidates in the 2023 election.