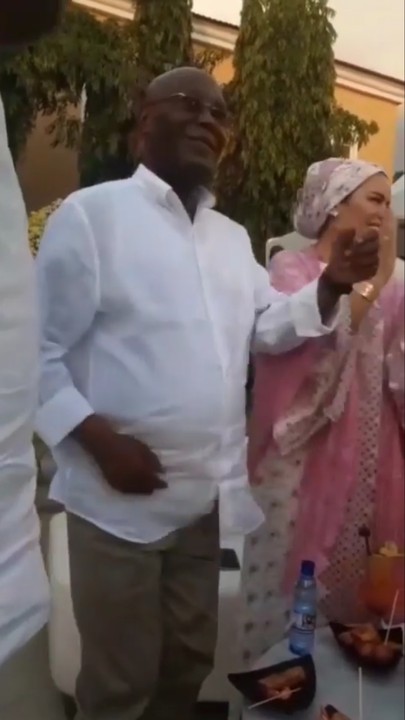 The Peoples Democratic Party's flagbearer in the 2023 presidential election, Atiku Abubakar has celebrated winning the party's ticket with his family.
In a video that has since gone viral, Atiku could be seen dancing with his supporters and family members in Abuja.
He was thrilled to have won the party's ticket.
Watch video below: