It was gathered that Gabriel shot the victim to death on May 31, 2020 in Lagos state. 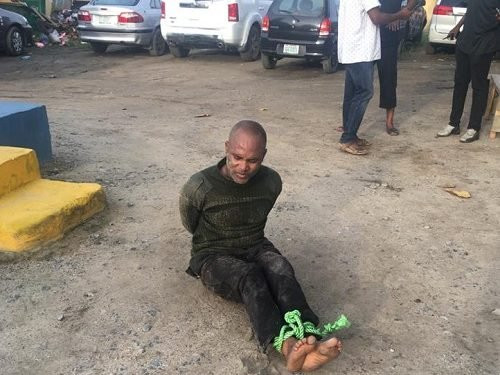 A police inspector who killed his colleague has been charged to court.
Monday Gabriel was arraigned before the Lagos State High Court for allegedly killing his colleague, Sergeant Felix Okago.
The accused was arraigned on Tuesday, June 1, on one count of murder.
The prosecution, led by L.S. Sani, said Gabriel shot the victim to death on May 31, 2020, adding that the offence was punishable under Section 222 of the Criminal Law of Lagos State, 2015.
The charge read, “That you, Monday Gabriel, on or about 13th of May 2020, around 4.30am at FIRS Head Office, Awolowo Way, Ikoyi, in the Lagos judicial district, did unlawfully kill one Sergeant Felix by shooting him dead with a gun."
The defendant pleaded not guilty to the charge.
Justice Sherifat Sonaike adjourned the case till October 26 for trial.
The accused on that fateful day, went berserk and opened fire on his colleagues, after a disagreement ensued between them, leading to the death of Okago while others escaped without injuries.
In an attempt to escape, the officer took a patrol van and headed towards third mainland bridge, shooting as he was escaping. He was subsequently intercepted by officers at Bariga.
It was also gathered that no fewer than 30 bullets were shot by the officer.
“On 31/5/2020 at about 0430 hours, Area A Command received a distress call that one Inspector Monday Gabriel from No 21 Police Mobile Force Squadron Abuja, on Special duty in a Federal Government facility in Ikoyi Lagos, went berserk and started shooting sporadically," the Lagos State Police Command had disclosed in a statement.
"One Sergeant Felix Okago who was on Special duty with the Inspector, died from the gunshot injuries while others escaped unhurt. In an attempt to escape, he took a patrol van and headed towards third mainland bridge, shooting as he was escaping.
"He was intercepted by Policemen from Bariga Division along Akoka, disarmed and handcuffed. The rifle and vehicle were recovered while the Inspector is taken to Police Hospital for medical examination as he presented signs of mental depression."
Top Stories