How I Have Been Able To Sustain My Career - CDQ


CDQ made this known in a recent Instagram live with his fans while speaking on how he handles music critics. 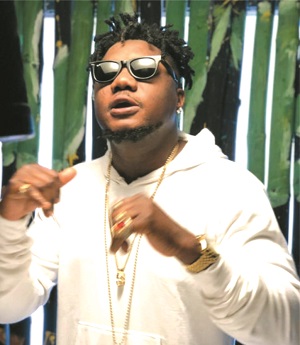 Sodiq Abubakar, the Nigerian indigenous rapper, aka CDQ has opened up about the sustainability of his musical career since he became famous.

CDQ made this known in a recent Instagram live with his fans while speaking on how he handles music critics.

“When people talk to bring me down, I rather put it to motivation, the next thing I do is to call my producer, Masterkraft. Masterkraft are you in the studio? I am coming to the studio right away, whatever happens to me that day, I put it in the lyrics so the next man that is into my category can actually feel it deep down in their bone marrow, like yo this guy is talking the real thing and they become my fans and that’s what has been my sustainability from the beginning of my career till now,” said CDQ.

Speaking on what his 2.5 million followers on Instagram have in common, the award-winning rapper said, “Over 2 million followers on my Instagram that follows me, followed me from when I was coming up so those are the people that can actually relate with where I came from and where I am going to. They know the pain for you to be able to come out from the ghetto and become a superstar.”

CDQ’s breakthrough came in 2014 after he released his monster hit single titled ‘Indomie’ which featured Olamide and a remix that featured Davido. The Masterkraft-produced song also earned him two nomination spots at the 2015 Nigeria Entertainment Awards and a nomination in the Best Street-Hop Artist category at The Headies 2015.