Onanuga made his views known in a statement titled ‘Tinubu and Osinbajo: The True Story of How They Met. 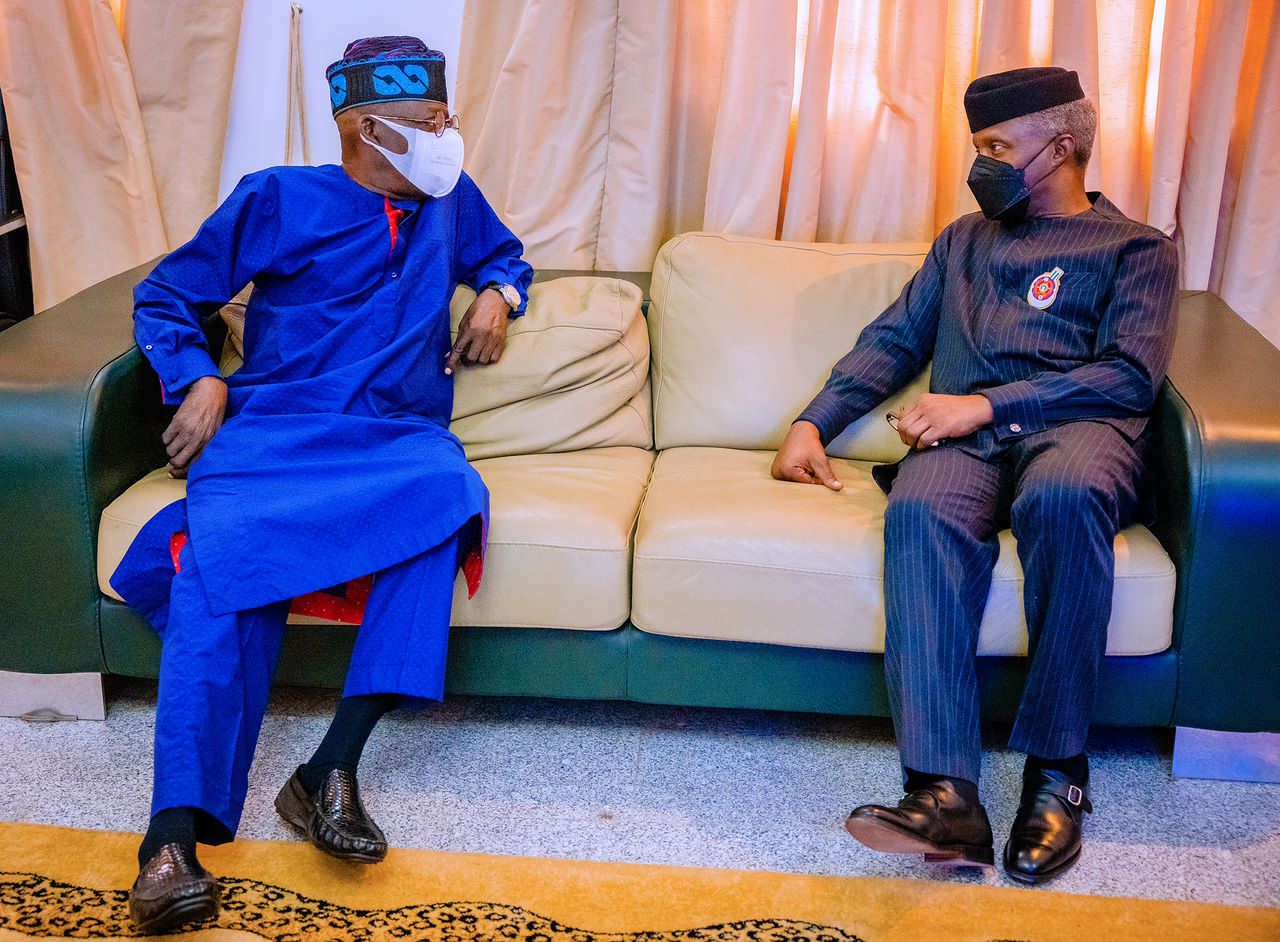 Former Managing Director of the News Agency of Nigeria (NAN) has said he is regretting his decision to nominate Yemi Osinbajo to work with Bola Tinubu.
He made the statement as the All Progressives Congress prepares to hold its convention in Abuja to choose its presidential candidate.
Bayo Onanuga, spokesperson of the Tinubu Campaign Organisation said he specifically regrets nominating Vice-President Yemi Osinbajo to be Attorney-General during the administration of Bola Tinubu as governor of Lagos.
Onanuga, in a statement titled ‘Tinubu and Osinbajo: The True Story of How They Met’, said days after Tinubu was elected as governor in 1999, he started deliberating on the people that would form his cabinet. Onanuga said he was the one who nominated Osinbajo to Tinubu but that he regrets it now seeing the 'turn of events between Tinubu and Osinbajo.
His statement reads in part;
“Tinubu had just won the election as governor of Lagos state and days after, we met on the 6th floor of Kresta Laurel at Maryland, which Otunba Gbenga Daniel donated for our use
On this day, Tinubu shared with us some of the ‘certain’ appointments he intended to make. Those who were at the meeting were Otunba Daniel, Dele Alake and I. Tinubu [said] attorney-general will be Bayo Oriola.
I shot back and said: ‘I have a better person for you’, my exact words. Tinubu was startled by my interjection. ‘He is a Law Professor and the man who drafted our company’s MOU. He crafted it in a brilliant way that protected us from the founding partners. Without this, the other shareholders would have thrown us out’, I explained.
I also said Osinbajo had worked with prince Bola Ajibola, who was the attorney-general and Minister of Justice under President Ibrahim Babangida.
Dele and Otunba Daniel did not oppose my nomination, surprisingly. Tinubu also appeared eager to meet the ‘wonder lawyer’ that I had just sold to him, to replace a man, who had served as the lawyer to the campaign.
After the meeting, I went to Osinbajo’s house in Ogudu to invite him to meet the new governor, Bola Tinubu. I remember entering the apartment from the kitchen. The wife was there when I delivered the message and left the house with him, later.
Looking back now, do I regret what I did in January 1999? Yes, I would say I have some regret, especially since my action hurt Bayo Oriola. And my apology to Oriola once again. I could not have foreseen today’s turn of events between Tinubu and Osinbajo, who I nominated to be Justice Commissioner.”
Top Stories