Touching Story Of Nigerian Lady Denied Canadian Residency For Having Baby, To Be Deported (Photo)


Nigerian woman living in Canada Idayat Saka, denied residency, could be deported because she had a baby. 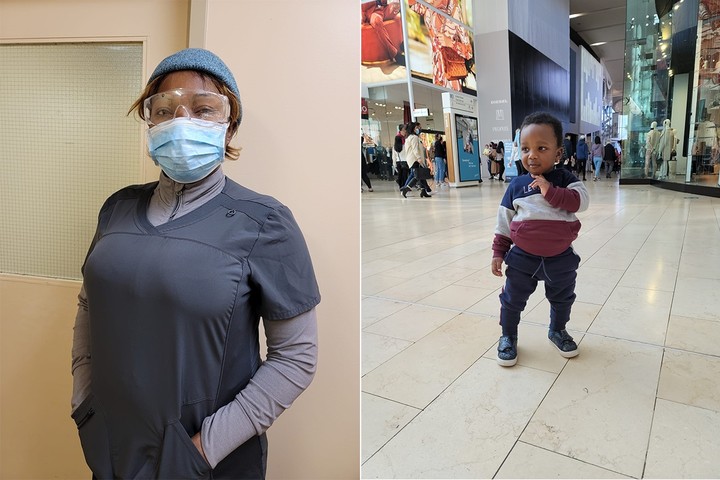 A Nigerian lady could be deported to the Nigeria from Canada any time soon.
According Afrotimes News, Idayat Saka who works in Toronto as a health-care worker is on the verge of being deported for giving birth to a baby.
The Newspaper reported that the Toronto health-care worker did exactly what her doctor told her to do to protect herself and her baby, now it is now being used against her.
The report revealed that the 33-year-old mother of four stopped working at the beginning of her third trimester of pregnancy due to “high-risk” complications from prior cesarean births.
What Saka couldn’t have known at the time was that her decision to stop working when she did would later be used by an immigration officer to deny her permanent residency in Canada.
This rejection means Saka, her husband and two of their children could soon be deported to Nigeria. Her youngest sons, ages three and one, can’t be deported because they’re Canadian.
“I was crying. I was done,” Saka stated to Afrotimes News, explaining the heartbreak she felt when her application to remain in Canada was rejected.
Saka and her husband are failed asylum seekers.
They came to Canada in October 2017 after they say their lives were threatened by gunmen in Nigeria. These claims were later dismissed.
After they arrived in Canada, Saka went back to school to become a personal support worker and spent more than 2,000 hours caring for sick and elderly patients in Ontario during the COVID-19 pandemic. Most of this work occurred during the deadly third and fourth waves of the virus.
She applied for permanent residency in Canada through a special program set up by former Liberal immigration minister Marco Mendicino. The program recognizes the “exceptional service” of failed and pending asylum seekers who’ve worked on the front lines of the pandemic by offering them an alternative pathway to residency.
But Saka’s application was rejected by an officer at Immigration, Refugees and Citizenship Canada because she didn’t meet one of the program’s basic requirements: having worked at least 120 hours between March 13, 2020 (the day pandemic travel restrictions were first introduced in Canada) and Aug. 14, 2020 (the day Mendicino announced the program).
Because the program was announced months after Saka went on leave, there was no way for her to know this decision would later be used to deny her residency. “Whenever I think about it I’m so depressed,” she said. Saka is appealing the decision to the Federal Court.
If Saka wins her case at the Federal Court, her application will be sent back to another immigration officer for reconsideration. Fraser could also intervene and allow her and her family to stay.
Whatever the outcome, Saka feels like she’s earned the right to remain in Canada. “I’ve worked for it and I’m still working,” she declared to Afrotimes News.
Top Stories