One Killed, Another Injured As 3-storey Building Collapses In Kano


The incident occurred around 12:30p.m on Tuesday, June 7, at Unity Road, an ever-busy street in the market. 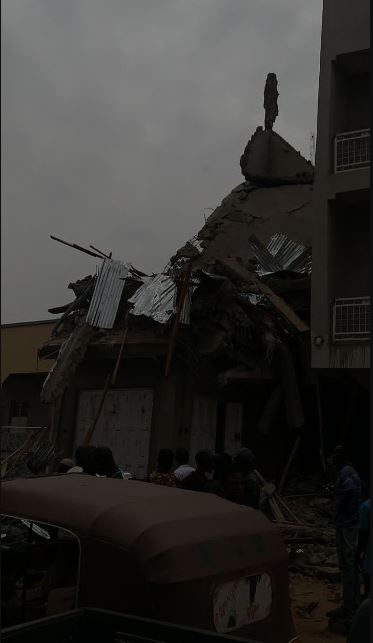 One Killed, Another Injured As 3-storey Building Collapses In Kano

A three-story building collapsed in the popular Kantin Kwari Textiles Market in Kano State leading to the death of a 20-year-old construction worker, Abdulkadir Nasiruand another badly injured.

The incident occurred around 12:30p.m on Tuesday, June 7, at Unity Road, an ever-busy street in the market.

An eyewitness, Mr. Rabi’u Yahaya, said that the building, which was under construction, suddenly collapsed while traders and customers were busy trading.

"I was pushing my cart with some loads in it when I heard a thunderous sound with thick dust renting the air. I was a bit far from the place, but I saw when the building was collapsing,” he said.

The eyewitnesses said that two floors in the building had been completed while the third floor was under construction.

The Kano Territorial Coordinator, National Emergency Management Agency, NEMA, Dr Nuradeen Abdullahi, who confirmed the incident said that the three-story building was under construction at the famous textile market when it caved in.

Mr Abdullahi said the NEMA rescue team was dispatched to the scene and was still combing the debris to rescue more persons that might have been trapped.

He assured that NEMA would investigate and ascertain the impact of the incident.

Also confirming the incident, spokesman of the Kano State Fire Service, Mr. Saminu Yusif Abdullahi, said that they received a distress call at about 12:40 p.m. that a three-storey building had collapsed at Unity Road in textiles market.

According to him, on receiving the information, the firefighters rushed to the scene at about 12:45p.m.

He added that victims were taken to Murtala Muhammad Specialist Hospital.