The actress said that she had to change it because of an incident that happened when she attended auditions in the United States. 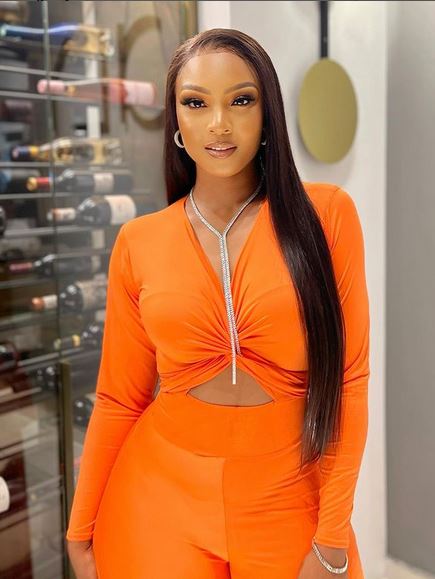 Popular Nigerian actress, Osas Ighodalo has opened up on why she changed her real name ‘Martha’ to her recent name “Osas”.

The actress made this disclosure during a sit-down interview with media presenter Lilian Afegbai on an episode of her show Lilian’s Couch.

According to the actress, her legal name on paper is Martha Osariemen Elizabeth Ighodaro.

However, she had to change it because of an incident that happened when she attended auditions in the United States.

So it’s Martha Osariemen Elizabeth Ighodaro (Osiaremen meaning God’s Gift to Me). And so whenever I would go to auditions in the states, there was one time when I went into an audition, I had my headshots and everything, and I had my name as Martha.

So they were like “Oh? So you’re the Martha?” They were like, “Oh, I envisioned an old white woman coming in.” So I was like okay, I think it’s time I start to use my native name. And so I changed it when I was in the states, even before I moved to Nigeria.

And so I’m like let me shorten it from Osariemen to Osas. It was either Osa or Osas, and I was like I like the s. I said let me just add the s for the sass.

So that was just how it was and so when I went into my auditions after I then changed my stage name from Martha to Osas, they were like “Oh!”. (The name) is a conversation starter, it’s unique.''