Prophet Emmanuel said that the Lord showed him the person God has chosen to lead Nigeria in 2023. 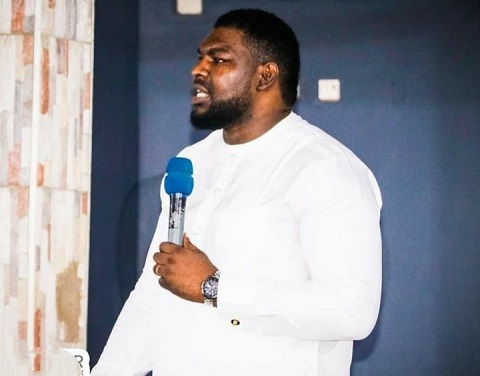 A Nigerian pastor has said God showed him the person that will win the 2023 presidential election.
Prophet Emmanuel Okeke, founder and senior pastor of Watchtower Prayer Network made the revelation in a Facebook video.
He explained that the president to lead Nigeria in 2023 will be supported by the church.
He urged all Christians to get their Permanent Voters Card.
In a video he uploaded on his Facebook page, Okeke said God showed him that a youth will become president in 2023.
He said he had earlier said it in 2021 and this time again the Lord still showed him.
The person God showed him and the voice he heard clearly was that he had been chosen by the spirit to lead Nigeria. The church must vote and stand firmly in the place of prayer for this youth.
According to the cleric, an intercessor has been assigned to him because of this course. He said the youth he saw was a man, but the blood that flows through his veins is that of a youth. He alone was the one shown to him in the spirit.
The prophet said some will not understand this, but in the coming election, not only will humans vote, but spirit beings will vote.
He's a man but the blood that flows through him is that of a youth, which means a youth has been selected by God to become the next president of Nigeria and we must agree here on earth.
Watch video below:
Top Stories