An Appeal Court sitting in Abuja had affirmed Sowore as the substantive Chairman of the AAC last Thursday. 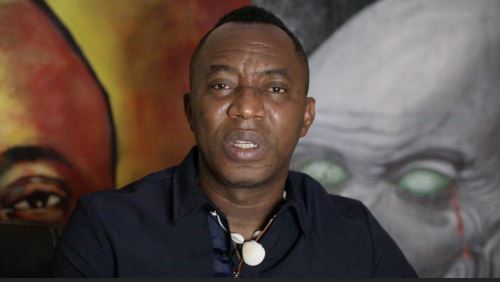 Omoyele Sowore, the human rights activist, on Thursday stepped down as the Chairman of the African Action Congress (AAC).

Sowore, who made this known during the party’s national convention in Abuja, noted that the process of stabilising the party would commence before the convention to elect another chairman.

Sowore affirmed that other parties have elected their own “thieves”, stressing AAC must elect its own “police”.

An Appeal Court sitting in Abuja had affirmed Sowore as the substantive Chairman of the AAC last Thursday.

Sowore had in an appeal marked CA/A/812/2019 challenged a High Court judgment delivered by Justice Inyang Ekwo declaring a Nigerian government usurper, Leonard Nzenwa, as the Acting Chairman of the party.

Sowore had also prayed the court through his lawyer, who is also the National Legal Adviser of the party, Inibehe Effiong, to set aside the judgment of the lower court and grant all the reliefs sought by the appellant.

Delivering judgement in the appeal last Thursday on behalf of the three-man panel, Justice A.J Adah, held that the lower court had no jurisdiction to meddle in the internal affairs of the party.

The court also struck out the suit filed by Nzenwa, which was the basis upon which the Independent National Electoral Commission (INEC) accorded him recognition as Acting Chairman of the party.

The court, therefore, set aside the judgment of the lower court recognising Nzenwa as acting Chairman.

The court further awarded the sum of N200,000 damages against Nzenwa in favour of Sowore.

It would be recalled that Nzenwa had secretly obtained a judgment from the FCT High Court on June 19, 2019, to the effect that Sowore had been suspended as the National Chairman of the party alongside Deputy National Chairman, Dr. Malcom Fabiyi.

In the said case, neither Sowore nor AAC nor INEC was joined as a party to the suit yet the High Court entered judgment against Sowore which was used by Leonard and his sponsors to truncate the petition filed by the party’s candidate in the 2019 Rivers State governorship election against the reelection of Governor Nyesom Wike.