This is coming few hours after a media influencer known as Yemi lamented the extortion of N400,000 from him by policemen in same Rivers State. 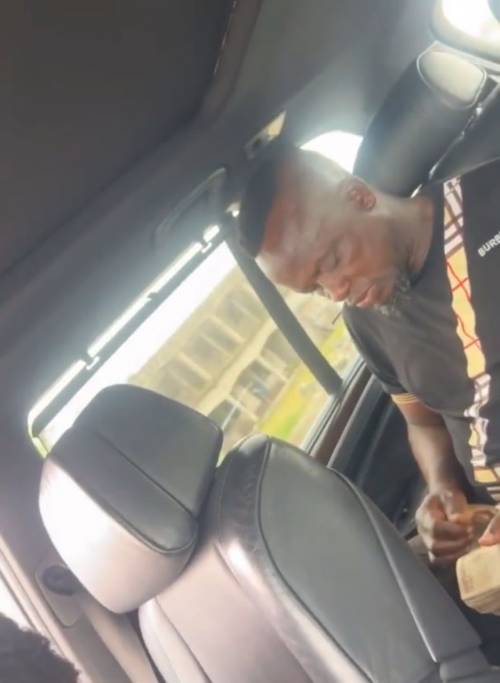 Elvis Romario, a member of the National Youth Service Corps, NYSC, has recounted how men of the Nigeria Police Force, Rivers State command, assaulted him and extorted N191,000 from him.

This is coming few hours after a media influencer known as Yemi lamented the extortion of N400,000 from him by policemen in same Rivers State.

Yemi had told SaharaReporters that he was handcuffed by the officers like a criminal and forced to transfer N400,000 to one Tony Anyim with OPay account number 8134448195.

Narrating the incident in a series of tweets, the influencer had said, “Good evening, I just got picked up by SARS yesterday they picked me up from a Bolt with my guys, paid the Bolt guy and told him to leave, told us to enter a Sienna. They checked my phone and my guys’, saw nothing then they checked my balance from my Gmail.

“After driving a distance, they dropped my guys and told me to stay, kept slapping me calling me a Yahoo boy (fraudster) and handcuffed me. They took me to a place and told me to pay N5 million. I said I didn’t have. They then told me to make calls and used a recorder to record me where they forced me to admit I was a Yahoo boy and I wanted to give them N2 million to be free.”

He said they later said they were taking him to Bayelsa, adding that by that time, he had been with them for four hours and that the time was around 7pm.

He said he was told they could take him inside a bush and no one would know what happened to him.

“After much begging, I was forced to pay N400,000 after which I was dropped on the road in another state.

“They waited till the alert came, then they deleted it. Gave me N500 to go home, took my number and said they’d call,” Yemi had narrated on Twitter.

Reacting to the post with a video of one of the officers, Romario said, “This happened to me too at that same Elele road yesterday. They took me to Ahoada and withdrew everything inside my bank account (170k) and also took the 21k in my pocket. I pretended to be making a call while he was busy counting the money and I took a video of him.

“They don’t care what you have to say, as long as you have money in your account, they’ll take it. If you try to be stubborn on that lonely road, na your body go tell you. The worst part be say I be corper and I dey on 6/7. See if you recognise this man. You’ll never understand what‪ @blackboymagicc‬ went through until you experience it yourself.”