A highlight of the event held in honor of the former Archbishop of Owerri, was him showing off his PVC while being led in. 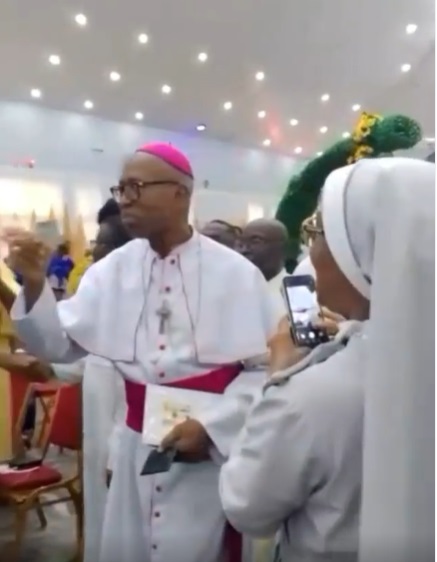 Nigerians have been reminded of the need to get their Permanent Voter Cards by Archbishop J.V. Obinna.
The Archbishop during a ceremony held last weekend to celebrate the golden jubilee of priestly ordination and his retirement showed off his PVC.
He is the former Archbishop of Owerri.
His recent move comes after some Catholic priests were seen denying members entry into the church if they do not have PVC.
Watch the video below: