Mrs Oduah was sued alongside the PDP and the Independent National Electoral Commission INEC as 2nd and 3rd defendants in the suit respectfully. 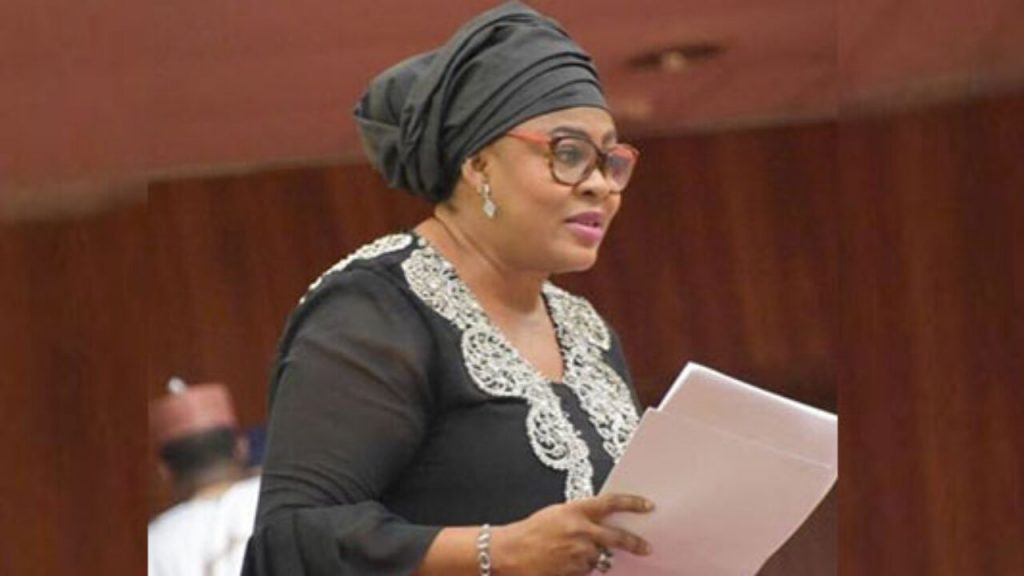 Mrs Stella Adaeze Oduah, the Senator, representing Anambra North in the Senate, has been dragged before a Federal High Court in Abuja over alleged perjury in obtaining the nomination form for the 2023 senatorial election.

Mrs Oduah was sued alongside the PDP and the Independent National Electoral Commission INEC as 2nd and 3rd defendants in the suit respectfully.

A chieftain of the Peoples Democratic Party and Senatorial aspirant, John Okechukwu Emeka instituted the suit marked FHC/ABJ/CS/841/2022 through his counsel, Mbanefo Ikwegbue.

The Federal High Court was in the suit asked to issue an order restraining Oduah from presenting herself as the Senatorial candidate of PDP in next year’s election.

The plaintiff also wants the court to stop the PDP from submitting the name of Senator Oduah as its candidate for the Anambra North senatorial election.

A similar order was sought against INEC to prohibit it from accepting Mrs Oduah from PDP and also from according her any right or privilege as a candidate in the next year’s election.

The plaintiff predicated his suit on the ground that on October 23, 2014, Mrs Oduah allegedly committed perjury by making an affidavit on oath that she lost the original copy of her National Youth Service Corps NYSC discharge certificate when indeed, she possessed none.

He further claimed that the Senator committed another perjury in INEC form CF001 in 2015 and 2019 wherein she allegedly used false information to obtain the nomination form for the 2015 and 2019 senatorial elections.

The PDP Chieftain relied on a letter of May 24, 2022, by the Director-General of the NYSC to the effect that Mrs Oduah did not complete a mandatory one-year service with the Corps and was not issued a discharge certificate or letter of exemption.

Maintaining that the Senator breached sections 2 and 12 of the NYSC Act, the plaintiff prayed for an order nullifying the nomination of Mrs Oduah as PDP candidate for the 2023 senatorial election for Anambra North.

Plaintiff asked the court to compel PDP and INEC to submit his name as the candidate for the senatorial election having come second in the primary election that produced Mrs Oduah as a successful candidate.

Although the plaintiff sought to move an ex-parte application for an injunction to restrain the publishing of the name of Mrs Oduah, Justice Inyang Eden Ekwo ordered the plaintiff to put all parties in the suit on notice.

Justice Ekwo subsequently fixed June 23 for a definite hearing of the suit.