The invading herdsmen were also said to have destroyed many houses and sacked 14 farm settlements. 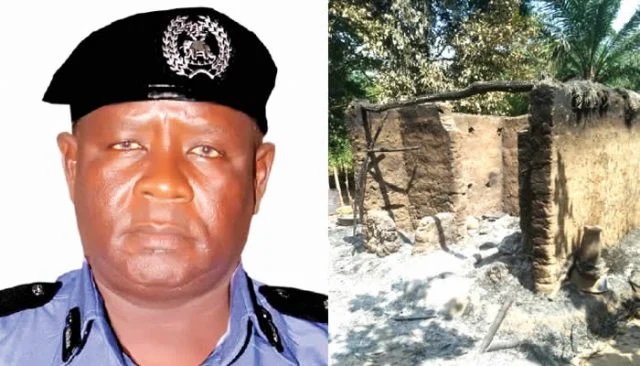 At least five persons have died after suspected herdsmen attacked Ogbede-Mgbuji Eha-Amufu community in the Isi-Uzo Local Government Area of Enugu State.
According to Punch, houses and 14 farm settlements were destroyed by the armed herdsmen.
Speaking on the constant killing of indigenes by herdsmen at Eha-Amufu town, a community leader, Chief Jerome Odo, on Wednesday, said residents were living in fear.
He said women in the community were being r#ped on their farms, adding that a woman was r#ped by seven hoodlums a few days ago in the community.
Odo, who was flanked by some leaders of the community while he addressed the press, disclosed that between Monday and Tuesday, five of their people had been killed, while many were missing.
He said, “Five our people were killed, two on Monday and three on Tuesday, while many others which I can’t give the figure, sustained bullet injuries. Many others are still missing.
“These people are terrorists. Yesterday, soldiers and the police went to Orie Market and carried the corpses of our people.
“It didn’t take 10 minutes after they left that the hoodlums started shooting for several hours in the community. Three corpses were found on the road and the police are going to carry them.”
On the number of houses burnt, Egah said, “In Akpuff Mgbuji old farm settlements, where more than 1000 people were living, all the houses were burnt down. No single soul is living there as we speak.”
He alleged that the police in the area were not doing anything to stop the killing and destruction.
“The only thing the police DPO does is to come and carry corpses after attacks. If you call him during the attack, he won’t come,” [/i]he added.
The state Police Public Relations Officer, Daniel Ndukwe, confirmed two deaths.
Ndukwe said, “[i]Police operatives responded to a distress call alleging the murder of two male victims by yet-to-be-identified gunmen and some others said to be missing, at Ogbede-Mgbuji, Eha-Amufu, around 11.45pm on Monday.
“The operatives took the two lifeless bodies to the hospital, where they were confirmed dead by doctors and deposited in a mortuary for autopsies.
“Meanwhile, a manhunt for the assailants has commenced, while there is no report of any burnt house(s).”
Top Stories