Buhari Is Only Fair To Northern Nigeria – Abaribe


The lawmaker said the current administration had downplayed the non-northern region. 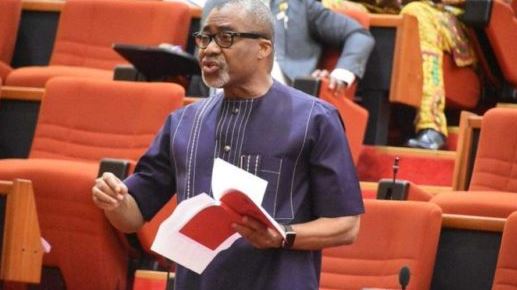 Ex-Senate Minority Leader, Enyinnaya Abaribe, has accused President Muhammadu Buhari-led administration of only favouring the northern region of the country.

He said, “The APC government-led by President Muhammadu Buhari was not fair. He was totally unfair to the people, who are not from what he claims is his own place.

“At the time I was saying that, I was talking for the rest of Nigeria and I will continue to advocate for Nigeria.”

Abaribe also explained why he ignored the All Progressives Congress, APC, after he dumped the Peoples Democratic Party, PDP.

The lawmaker said he chose the All Progressives Grand Alliance, APGA due to his ideology.

He said: “If I was non-ideological, I would go to APC.

“If you have the major ideology, it will now be the conservative APC and the progressives non-APC.

“I’m still in the non-APC, so I’m ideologically-inclined that I will not be part of the hegemony.”