Sources attributed the building collapse to use of substandard materials, especially the rods. 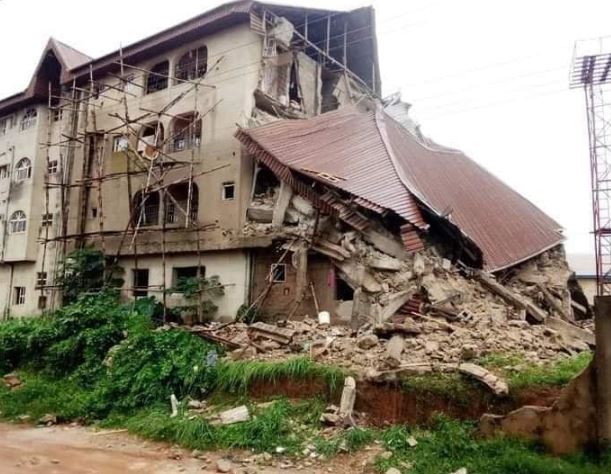 A resident of the area, who spoke with The Nation, said the structure collapsed after a heavy rainfall in Umuahia and adjourning cities on Saturday night, June 18.

The eight-flat apartment was being inhabited by some families as of the time of the incident, however, no casualty has been reported.

Sources attributed the building collapse to use of substandard materials, especially the rods.

According to a source who spoke to the publication, the owner of the building is from the neighbouring Ikwuano LGA and resides outside the country.

The source said the entire building had been under construction for over 30 years but the part that collapsed was recently attached the structure.

It was gathered that though some tenants have lived in the building for some years, construction work began recently on the building in order to complete the structure.

"This building started when I was in secondary school nearly forty years ago and has never been completed. But owing to scarcity of residential buildings people decided to inhabit it uncompleted leaving the owners the chance to complete it bit by bit as they collect more rents," a source said.

"The wing that collapsed is not yet fully inhabited as the would be tenant just paid in the money which as you can see is being used to work out those flats."

Tenants of the collapsed building were seen moving their property. 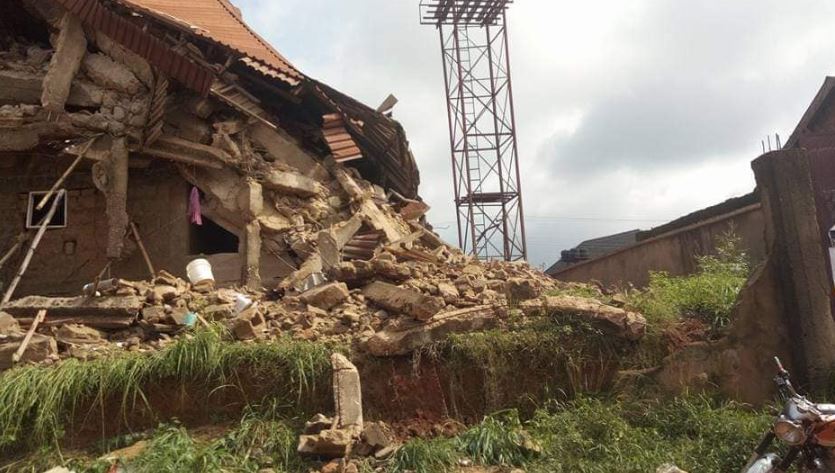 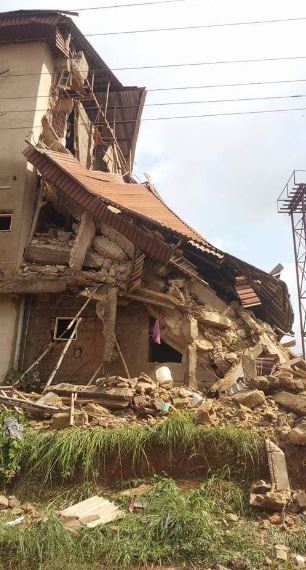