In this interview, Luka Binniyat explains incessant attacks on the people and payment of ransom since 2020 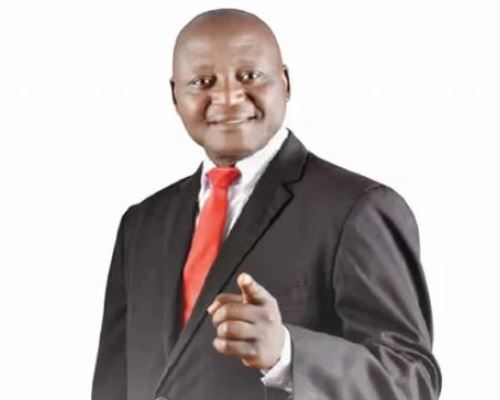 Luka Binniyat, the Spokesperson for the Southern Kaduna Peoples Union, an umbrella body of the people of the southern part of Kaduna, explains incessant attacks on the people and payment of ransom since 2020, in this interview with GODWIN ISENYO.

The abductors of over 30 worshippers in the Kajuru attack, have demanded N100m for their release. What’s your take on it?

That’s the type of stories and reality that we in Southern Kaduna have to face in today’s Nigeria. The armed herdsmen who attacked Maikori and three other Adara villages in the Kajuru Local Government Area of  Southern Kaduna on the 5th of June kidnapped 27 villagers. In that attack, in which the villagers affirmed that a gun-mounted helicopter assisted the invaders, 32 persons were killed. At least, the Kaduna State Government owned up this figure. They have now placed a ransom of N500,000 on each of their 27 hostages. And there are heavily pregnant women among them. Now, these are people whose homes were destroyed, their foodstuff and animals rustled and left with nothing. That is the story of Southern Kaduna. SOKAPU has surmised that Southern Kaduna natives  alone pays kidnappers at least N4 billion in ransom each year since 2020.

The SOKAPU raised the alarm that bandits or terrorists had resorted to using helicopter to attack villages in Southern Kaduna where over 30 villagers were killed but the state government while confirming the attack claimed the helicopter was on a  rescue mission. Do you agree with that?

Well, it is left for Nigerians to decide who is saying the truth between the government and the traumatised villagers. The victims said that the helicopter saw the invaders and their motor bikes on one side, while the village vigilantes of Maikori village were on the other side and were driving back the assailants. But the helicopter started raining bullets on the natives, giving the attackers a huge advantage to take on the peaceful community. Even with mere guns, they could have secured their village but for the assistance of the armed  invaders got from the helicopter. They came to SOKAPU National Secretariat here in Kaduna and narrated their ordeals in the presence of newsmen and news cameras. A young lad of 18 years, who survived with a bullet wound on his knee, showed us the bullet that went past that spot. When the story was aired on some television stations and published in some online and print outlets, we thought the Nigerian Air Force would investigate this highly incriminating allegation which has the potential to ruin the reputation of the Nigerian Air Force and soiled forever its integrity. Nothing has happened like that. Silence, they say, is acquiescence.

On March 25, 2022 when armed herdsmen carried out the mass murder of 38 persons in Agban,Kagoro in the Kaura LGA in Southern Kaduna and burnt the area,  a helicopter was reported to hover over Kafanchan town about 7 kilometres away. It shot at  residents of Takau, a suburb of Kafanchan and a young child was wounded. The boy is there. His parents and neighbours can attest to it. No one has denied these allegations.

What is the security situation in Southern Kaduna at the moment?

The security situation in Southern Kaduna is not getting any better. Kidnapping of poor citizens and invasion of communities is getting worse.

Each day, people are displaced into informal internally displaced persons’ camps to live under sub-human conditions. A large chunk of Southern Kaduna has been captured by  herdsmen and sundry hardened criminals. Someone has estimated that the size of the land occupied by these outlaws in Kaduna State may be more than half the size of Abia State.

More than 80 days after their abduction by bandits, the remaining 50 passengers of the AK-9 Abuja-Kaduna bound train are still being held by their captors. Do you think the government is doing enough to rescue the victims?

I don’t think that the government is serious about securing the release of these unfortunate victims. I have  yet to read where such numbers of citizens are abducted under such brazen conditions and kept for so long by criminals in any country in the world. I shudder when I put myself in the position of the relations of the victims, not to talk of the terror the victims are going through. In a serious country, this incident, like indeed, many others, would have invoked enough outrage for the government to resign. But honour has no accommodation in the hearts of our leaders.

What should the government do? Do you subscribe to carpet bombing terrorists’ hideouts as being propagated by Kaduna State Governor, Malam Nasir El-Rufai?

What combat experience has  el-Rufai acquired to make such chilling suggestions openly? To me, he is just grandstanding to be seen as being tough on the outlaws.

What’s SOKAPU view on the Muslim-Muslim ticket being muted by some political parties ahead of the 2023 general elections in the country?

SOKAPU is totally opposed to a Muslim-Muslim ticket. If the All Progressives Congress and the Peoples Democratic Party go for a Muslim-Muslim ticket, then SOKAPU would go for Labour Party and ask for a Christian-Christian ticket and let us see who will win. That insult has yielded nothing in Kaduna State where the population is roughly 50-50 for the two dominant religions. Any party that insults the sensibilities of Christians of Southern Kaduna by fielding a Muslim-Muslim ticket should count out the votes of the people of Southern Kaduna who are 95% Christians. And for your information, out of the estimated population of 10.3 million residents of Kaduna State, Southern Kaduna has 5.2 million. We have been so suppressed and marginalised that it makes no sense to anyone to believe that Southern Kaduna is a marginal majority in Kaduna State. If Southern Kaduna were to be a state, its population would be more than that of 20 states. And with a land mass of 26,000Sq.km, we will be bigger than 26 states, including Kano State which has a land area of only 20,000sq.km.   In fact, in the 2019 Presidential election, Southern Kaduna gave the PDP about 967,000 votes. That was where Abubakar Atiku of the PDP got the highest votes in Nigeria. If he tries a Muslim as his running mate, all these votes will run away from him and any other Presidential candidate. This is not a threat. It is a promise.

Some argued that all that matters is competence and not the issue of dragging religion into governance, adding that if Muslim-Muslim ticket could work in 1993 when MKO Abiola and Ambassador Babagana Kingibe were voted for, it can still work. What do you think?

Nigeria has since walked away from the Nigeria of the ‘90s to a Nigeria where the present government has sown the seed of nepotism and exclusivity and it has produced seeds of anger and resentment from the marginalised populace. It cannot work today.

In fact, some posited that Muslim-Muslim ticket worked in Kaduna State where the APC overwhelmingly won the 2019 Governorship election. Do you agree with this?

Even the person mouthing that Muslim-Muslim ticket has worked in Kaduna State knows that he is lying. It has only widened the division between Christians and Muslims in Kaduna State. It is a statement  designed to show that Christians are such a minority in Kaduna state that elections can be won even without their votes. Yet, majority of Kaduna State residents, including SOKAPU believe that the 2019 gubernatorial elections in Kaduna State was heavily rigged. The outcome of the tribunal did little to cover that belief.

We are waiting for any other party that will try that again in 2023. You may take Southern Kaduna for a ride with bullets but absolutely not on ballots.

What’s the position of SOKAPU on the agitation of the Southern Presidency in 2023?