He noted that people like her are rooted in stomach infrastructure and can do anything for money. 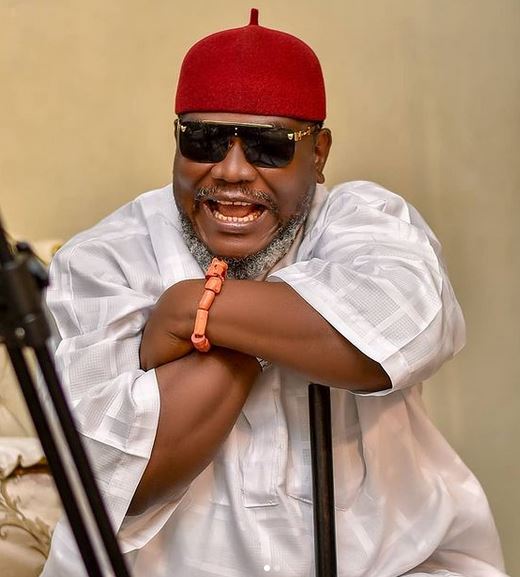 Nigerian actor and filmmaker, Ugezu J Ugezu has taken a swipe at his colleague, Eniola Badmus over her public support for Bola Ahmed Tinubu ahead of the 2023 Presidential elections.

Recall that the actress came under heavy criticism and subsequently locked her comment section after sharing a photo of the APC flagbearer and his wife, Oluremi.

Reacting to this, Ugezu took to Instagram to pen a note in this regard.

According to him, turning off comments implies that one isn’t proud of what he or she is posting.

He noted that people like this are rooted in stomach infrastructure and can do anything for money.

“Once they turn off the comment, it means they are not even proud of what they are posting. They are rooted into STOMACH INFRASTRUCTURE and can do anything for money.”

“Truth is … Nigerians know everything. When the time comes, they will turn on your tv and leave it for you permanent on the memories of the stomach infrastructure channel. Una go hear am. Nigerians have our records” 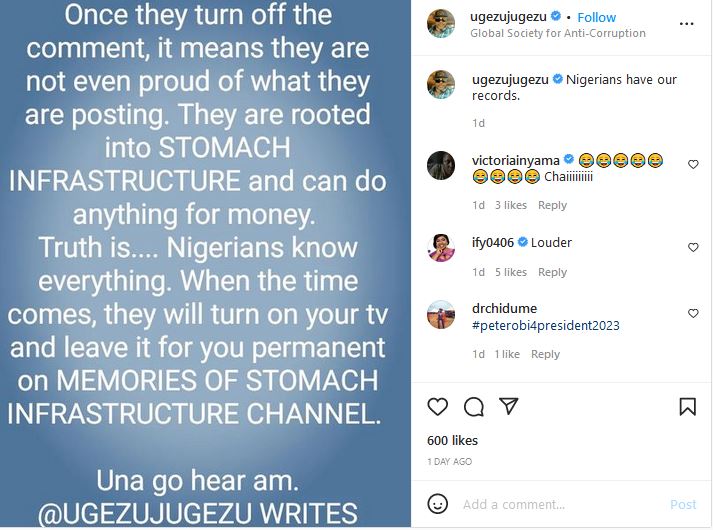