The lawmaker alongside the stalwarts from his constituency Tuesday announced their defection to the PDP when they met with Governor Samuel Ortom in Makurdi. 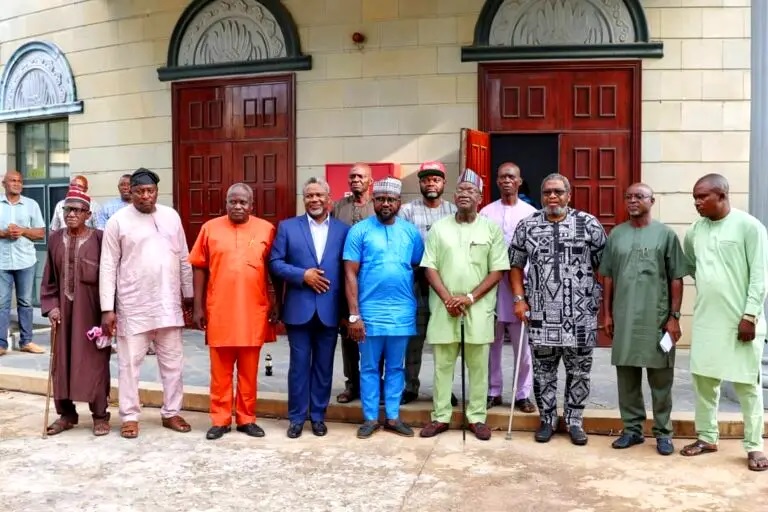 A member of the All Progressives Congress representing Makurdi North State Constituency in the Benue State House of Assembly has defected to the Peoples Democratic Party.
Mr. Thomas Kwagh-Kudi defected alongside six others.
The lawmaker alongside the stalwarts from his constituency Tuesday announced their defection to the PDP when they met with Governor Samuel Ortom in Makurdi.
Mr. Kwagh-Kudi said his decision to dump APC and pitch tent with PDP “is to enable me join hands with Governor Ortom who has done so much to develop our state as well as protect our people against external forces.”
The lawmaker promised to work hard for the success of the PDP in the forthcoming elections, stressing that his former political party, the APC lacked the capacity to provide the desired leadership at all levels.
Also speaking, some of the defectors including Alexander Anule, Thaddeus Usende and David Anum all stated that the Governor Ortom had put in a lot of efforts to liberate Benue people from herdsmen attacks, saying it was only fair for them to support him to do more.
Responding, Governor Samuel Ortom thanked Hon Kwagh-Kudi and the others for the right steps they took by joining the PDP to provide development for the people of Benue State.
The Governor assured them that just like he left APC for PDP and was given equal opportunity to contest and win election, they would enjoy similar benefits as other members of the party.
Others who defected with the lawmaker included Saawuan Uhembe, Philip Yondo and Pahav Udekor.
Top Stories