According to the group, armed bandits and terrorists have taken over forests and are overpowering them because their arms cannot match the criminals’ sophisticated weapons. 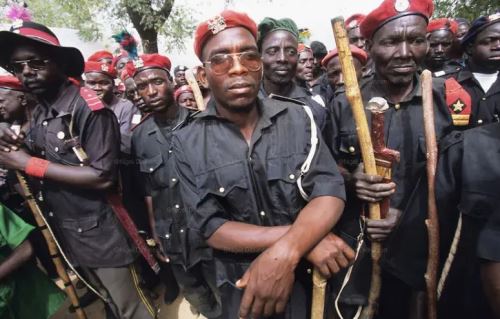 SaharaReporters reports that the Oyo State Vigilante Group of Nigeria (VGN) has called on the state government to arm them with sophisticated weapons and logistics to curb the influx of bandits and terrorists into forests in the South-West state.

According to the group, armed bandits and terrorists have taken over forests and are overpowering them because their arms cannot match the criminals’ sophisticated weapons.

The group, whose members were drawn from the 33 local government areas of the state, said unless the governors of the region equipped its members with better weapons, there could be a serious challenge in the fight against bandits, Daily Trust reports.

The State Commandant of VGN, Ogunmakin Moses, who spoke to journalists on Wednesday, said his men were suffering despite their commitment to the security of lives and property in the state.

Moses regretted that even though the edict that set up the VGN empowered its members to bear sophisticated weapons, the government had yet to provide them arms to match the bandits and terrorists.

"VGN should be returned to the Ministry of Local Government and Chieftaincy Matters. The government should increase our monthly stipend and procure sophisticated weapons, vehicles and motorcycles for efficient patrol," he pleaded.