The suspension followed a preliminary report from the Academic, Ethics Enforcement Committee of the institution. 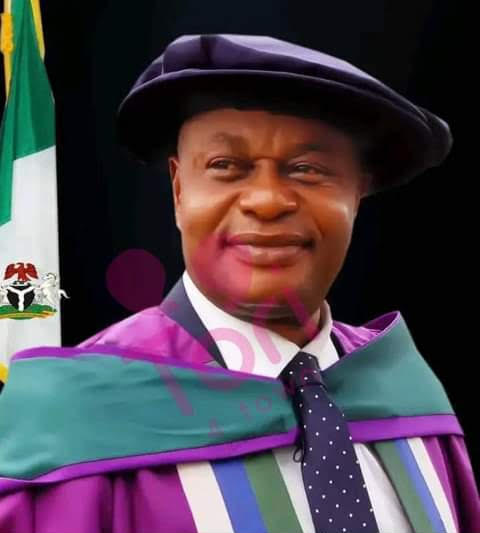 Professor. David N. Ogbonna, a former Head of Department of Microbiology at the Rivers State University, Port Harcourt, has been suspended by the school.

The professor is standing trial for alleged s*xual assault on a female student.

The suspension followed a preliminary report from the Academic, Ethics Enforcement Committee of the institution.

The report was forwarded to the Governing Council and the matter has been referred to the Joint Council and Senate Disciplinary Committee on Staff Matters for detailed investigation and recommendation to Council.

Ogbonna, who was head of Microbiology Department of University was last week arraigned before a Port Harcourt Magistrate Court by the Rivers State Police on Tuesday on charges of unlawful s*xual assault on a 20- year-old female student of his department.

The court had granted him bail to the tune of N2,000,000 and other stringent bail conditions and case adjourned.

Our Correspondent reports that the charge sheet read that: “You Professor David Ogbonna on 16th day of May, 2022 at Rivers State University campus, Orunworukwo in Obio/Akpor Magisterial district but triable in Port Harcourt Magisterial district, did unlawfully and indecently assaulted a female aged 20 years by inserting your penis into her vagina, thereby committed an offence punishable under section 360 of the criminal code CAP 37 Vol.11 of laws of Rivers State, Nigeria 1999.”

The accused had pleaded not guilty to the charges.

His lead Defence lawyer, O.C. Higher King, urged the court to grant the his client bail on self-recognition considering his status in the society.

However, Emi Jim George, the lead lawyer holding brief for International Federation of Women Lawyers (FIDA), Rivers State branch urged the court not to grant the accused bail in view of alleged threat to the life of the ‘ victim’.

The Chief Magistrate Poromon subsequently adjourned the case to July 20, 2022.