The approved ex-depot price of petrol is about N148/litre, but retailers say private depot owners sell the commodity above N160/litre. 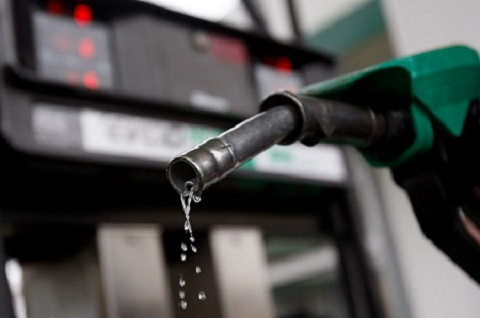 Oil marketers have insisted that they can no longer sell Premium Motor Spirit popularly called petrol at N165/litre.
This comes after the Federal Government ordered that petrol should be sold at the regulated pump price.
The marketers said challenges including product sharing, rise in penalties, difficulty in getting tax clearance, and high cost of doing business across the country, among others would not make the directive acceptable.
The cost of the commodity according to them must be sold at the approved ex-depot price at various depots, whether private or government-owned so as to enable filling stations to dispense the product at the regulated N165/litre rate.
They also noted that marketers buy the commodity at higher rates from private depots than what was approved by the Federal Government despite the many challenges in the downstream oil sector.
The marketers highlighted their problems to the Nigerian Midstream and Downstream Petroleum Regulatory Authority in Abuja, a development that made the agency ask the marketers to report depots that were selling PMS above the approved price.
The approved ex-depot price of petrol is about N148/litre, but retailers say private depot owners sell the commodity above N160/litre.
In a statement issued on Sunday, the General Manager, Corporate Communications Department, NMDPRA, Kimchi Apollo, said that executives of the South-West Independent Petroleum Marketers Association of Nigeria paid a courtesy visit to the authority where they made their demands known.
In the statement, the Zonal Chairman, IPMAN South-West, Dele Lamidi, said the purpose of the visit was to seek collaboration and support the authority in line with the Petroleum Industry Act 2021.
He stated that despite all the challenges being faced by the association, it had not resolved not to embark on any industrial action as a conflict resolution technique.
Lamidi maintained that petrol would be sold at N165/litre if retailers were able to get it at the approved ex-depot rate.
The IPMAN official was quoted as saying, “As far as we are concerned in the South-West, we have gone beyond the strike. The strike is not the solution to any problem because if there is a strike it affects the masses and our businesses.
“We will work together to ensure free flow of petroleum products and also make sure that products are sold at the government-regulated price if we get them at the normal price.”
Top Stories